Wunderbar Together Podcast with Markus Kuhn 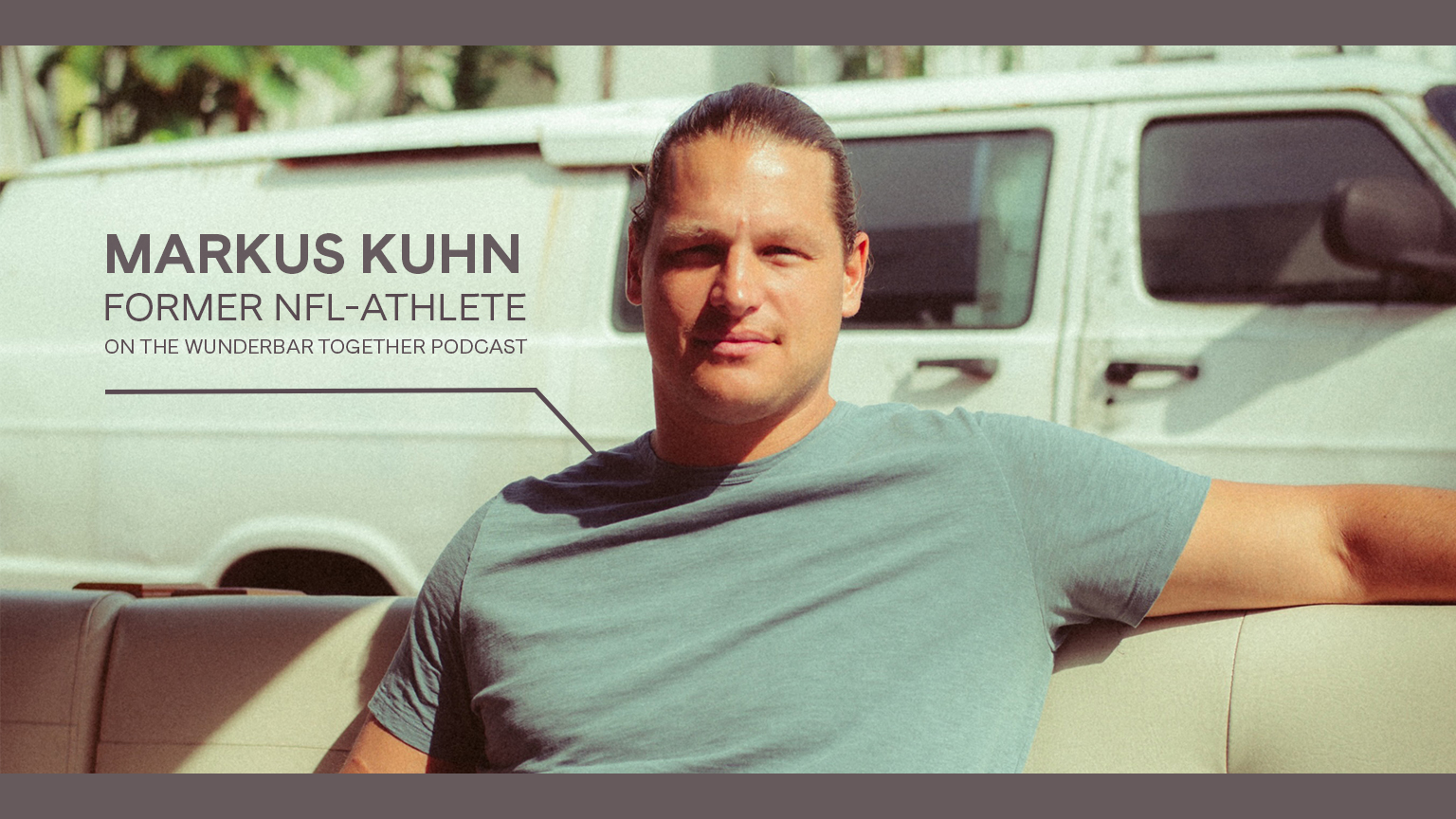 He is the first German who ever scored a touchdown in the National Football League NFL. He is a former New York Giants player, now a New York Giants employee. He is a remarkable athlete, a celebrated podcaster, and an expert ambassador for American Football in Germany and around the world: Meet Markus Kuhn.

In episode 21 of the Wunderbar Together Podcast, Markus shares how he, together with his dad, took a flight to the US, squeezed himself and his dad, both tall and enormous men, into a small rental car, and road tripped colleges around the country, showing Markus' video tape as a promising young football player to coaches. "If I would have known what big of a business this is back then, I probably would have never shown up. Being naive helped me", says Kuhn.

He continued his journey, working his way into the 50+ person roaster of the New York Giants, surviving four years in one of the hardest, most unforgiving, and most competitive professional sport leagues in the world. "I sacrificed various body parts." Since then, Kuhn has been learning the science behind football, gone back to school, and become a sports expert. "American Football is like chess – with the best athletes in the world as your pieces."

Listen to the 60-minute podcast [here] on Spotify:

Find his football podcast "The Vollmer and Kuhn Show" (in German) [here].

The Wunderbar Together Podcast