Virtual Screening of "From Here" 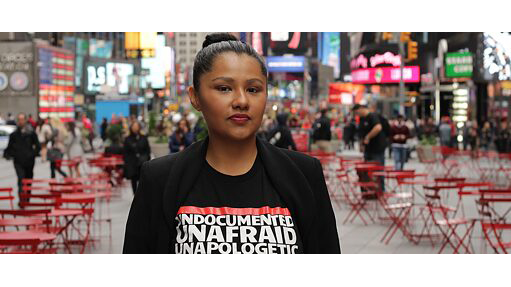 Shaping the Past: How do we interpret the past on screen?

In the framework of STP-on-Demand the Goethe Pop Ups Kansas City and Houston present Christina Antonakos-Wallace's documentary From Here (2020).

Filmed over the course of ten years, From Here patiently listens to the lives and actions of artists and activists Tania, Miman, Sonny, and Akim as they fight for belonging and continuously create and survive. Through their stories, the documentary asks: How can a culture of possibility prevail amidst a global rise of nationalism and a growing culture of fear?

Goethe Pop Up Houston and Goethe Pop Up Kansas City selected this documentary to continue this conversation by linking the works and acts of the documentary’s protagonists with those of the Shaping the Past fellows, who are all, in many ways, not only shaping the past—but also the future.

From the epicenter of today's global migration debates, From Here (formerly With Wings and Roots) follows four young people who represent the future of global citizenry. Filmed over the better part of a decade in two of the world’s largest immigration countries, the U.S. and Germany, From Here captures an international generation’s fight for belonging in an era of rising nationalism.

Set in Berlin and New York, From Here interweaves the stories of Tania, Miman, Sonny and Akim – artists and activists raised in the Global North to parents from the Global South. The film accompanies them as they move from their 20s into their 30s, facing major turning points: fighting for citizenship, creating a family, surviving violence, and finding creative expression. Beautifully shot over the course of ten years, the film captures their struggle to define belonging for themselves in societies increasingly hostile to their existence.

Christina Antonakos-Wallace is a filmmaker and cultural organizer. Awards include the Euromedia Award for Culture & Diversity (2011), a Media that Matters Change Maker Award (2012), and recognition from the German Alliance for Democracy and Tolerance (2015). Her short films and interactive work has been exhibited in over a dozen countries through festivals, schools, galleries, NGOs, and corporations. Commissions and grants include the New America Foundation, Seattle Office of Arts and Culture, and the German Ministry for Civic Education. She was a Fellow at Hedgebrook (2017) and the Port Townsend Film Festival (2015), and holds a BFA/BA from the New School & Parsons School of Design. Her work was recognized with a five-year MTV Fight For Your Rights Scholarship (2002) and a Humanity in Action Fellowship (2006), which she completed at the United Nations High Commission on Refugees in Berlin. From Here is her first feature-length documentary.