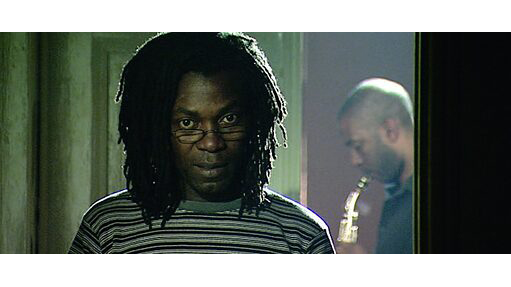 Shaping the Past: How do we interpret the past on screen? In the framework of STP-on-Demand the Goethe Pop Ups Kansas City and Houston present Oliver Hardt's documentary Black Deutschland (2006/2020).

In Oliver Hardt’s newly remastered documentary Black Deutschland, Berlin-based writer Darius James beautifully asserts, “Black people come from everywhere. And they are everywhere.” This same affirmation is reiterated across the Atlantic in the works of Kansas City and Houston artists responding to Shaping the Past fellow Alisha B. Wormsley’s powerful statement “There Are Black People in the Future.”

At the time of its release in 2006, Black Deutschland was considered the first cinematic exploration of Black life in Germany—but, it hasn’t been the last. After watching, we invite you to engage with further works by Black creatives in Germany, including Natasha A. Kelly’s Milli’s Awakening (2018), Mo Asumang’s Roots Germania (2007), Branwen Okpako’s Valley of the Innocent (2003), and Ines Johnson-Spain’s Becoming Black (2020), to name a few.

The documentary Black Deutschland is an intimate study about the thoughts and feelings of a not-so-small minority, Black Germans and Black people in Germany. Director Oliver Hardt portrays cultural workers, who, in an emotional, yet reflective and humorous way, give the viewer an idea of what it means to live as a non-white person in a society that defines itself as "white."

In open, friendly conversations, the interviewees provide information about their images of others and of themselves, about prejudices, about a deeply-rooted self-confidence, but also about their fears and uncertainties.

Black Deutschland was awarded silver at the 2006 World Media Festival in Hamburg, and was nominated for the Hessian Film Award.