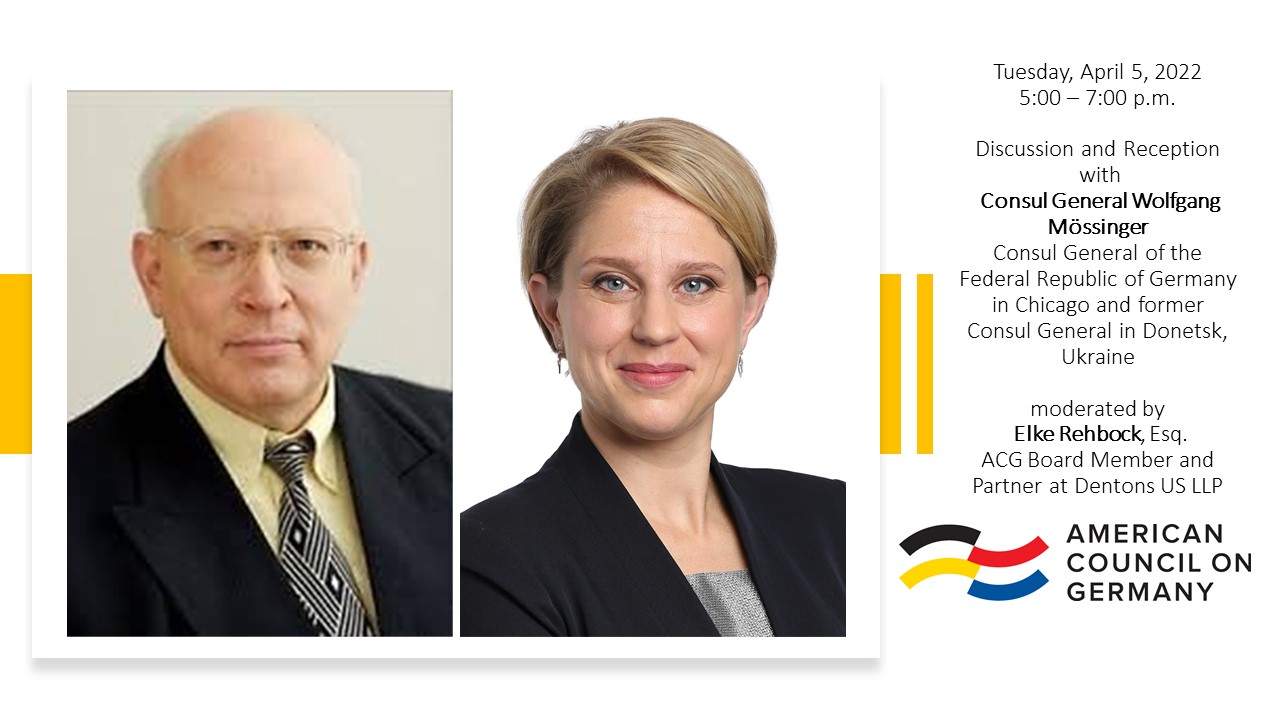 Join the American Council on Germany's Chicago Chapter for a discussion and reception with German Consul General Moessinger.

Wolfgang Moessinger is Consul General of the Federal Republic of Germany for the Midwest, based in Chicago. After school and military service he studied German, French and History at the Albert-Ludwigs-University in Freiburg. He joined the Federal Foreign Office in 1987. His first postings abroad were Dakar, Helsinki and Moscow. From 2008 to 2012 he was Consul General in Edinburgh, from 2012 to 2015 Deputy Ambassador in Baku, from 2015 to 2019 Consul General in Donetsk (Official Seat in Dnipro). On July 1, 2019 he joined the Consulate General in Chicago.

Please note that proof of vaccination and ID are required for entry to this venue.

Consul General of the Federal Republic of Germany for the Midwest