The Unimaginable Story of Peter Ertel 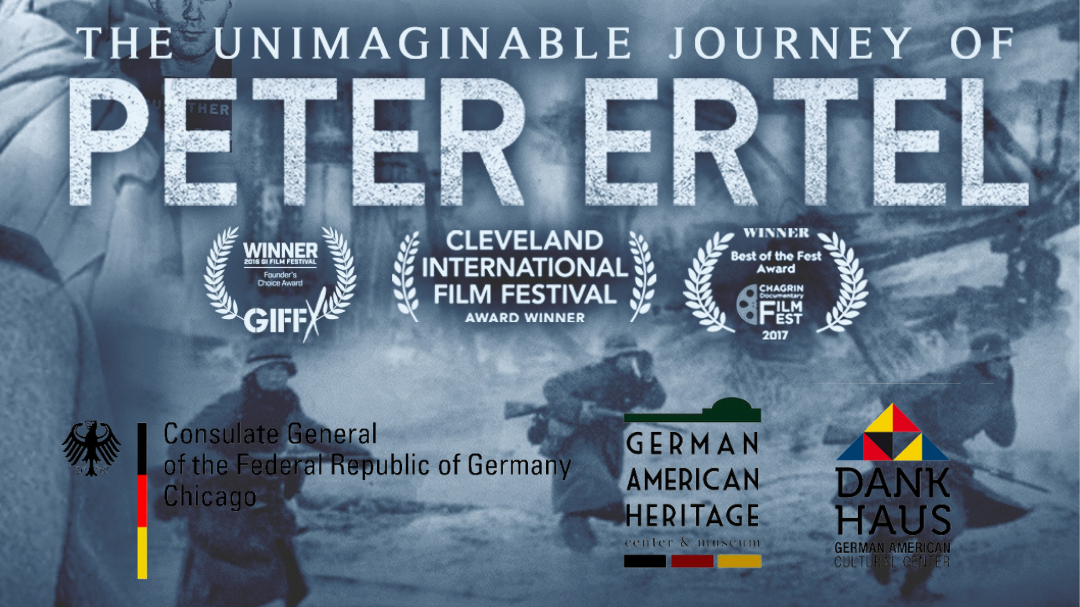 The Unimaginable Story of Peter Ertel

The German American Heritage Center and Dank Haus Chicago are very pleased to present an exclusive, FREE virtual screening event of the multiple award-winning documentary, “The Unimaginable Story of Peter Ertel.” The film is about the extraordinary odyssey of a reluctant German soldier who miraculously survived World War II and became a U.S. government agent in post-war Germany. Peter Ertel recounts his remarkable story of war, survival and forgiveness through interviews and rare archival footage – much of which has never been shown before.

You can stream this film for free beginning Thursday, July 22nd through Monday July 26th. Then, join us for a virtual Q+A session with the film’s director, Joseph Cahn, via Zoom on Monday evening July 26th at 7:00 PM.(CDT). While the event is free, we ask that you please consider making a donation. Proceeds will go toward supporting DANK Haus and the German American Heritage Center in their mission to preserve German heritage and culture, and toward helping "The Unimaginable Journey of Peter Ertel" reach wider audiences.

This virtual film screening event is graciously sponsored by the German Consulate General of Chicago. The film will be streamed via the Show&Tell virtual event platform. The virtual Q+A will be facilitated via Zoom. Upon registration you will receive invitations and instructions for both parts of this event via email.