Ambassador of the Federal Republic of Germany to the United States

The Future of the Transatlantic Partnership 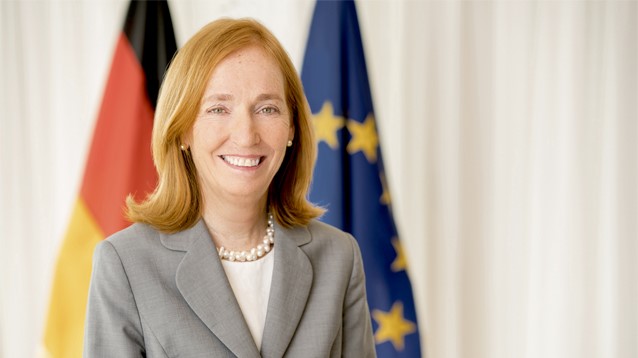 The Future of the Transatlantic Partnership with Her Excellency Emily Haber

Emily Haber has been Ambassador of the Federal Republic of Germany to the United States since June 2018. Prior to her transfer to Washington, DC, she served in various leadership functions at the Foreign Office in Berlin. In 2009, she was appointed political director and, in 2011, state secretary, the first woman to hold either post. Thereafter, she was deployed to the Federal Ministry of the Interior, serving as state secretary in charge of homeland security and migration policy from 2014 until 2018. Emily Haber has many years of experience with Russia and the former Soviet Union, including Head of the Political Department. At the Foreign Office in Berlin, she served as Head of the OSCE Division and as Deputy Director-General for the Western Balkans, among other positions.

Moderated by Lee Cullum, journalist at Public Media of North Texas (KERA/PBS) and Senior Fellow at the John Tower Center for Public Policy and International Affairs at SMU. Presented in partnership with the American Council on Germany.

This event is part of the series “Meeting America,” one of several virtual talks with the German Ambassador and American stakeholders across the United States.