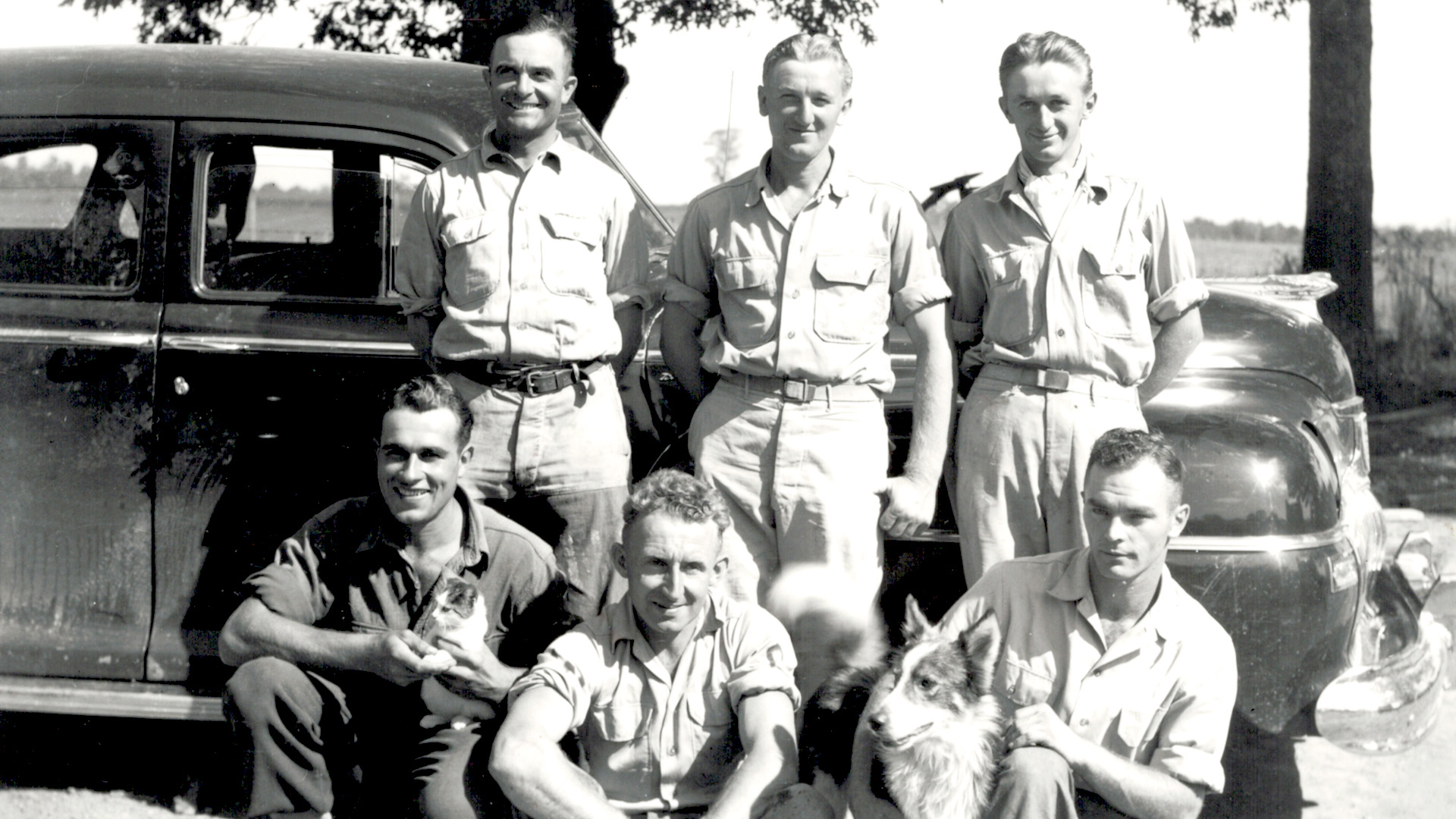 During World War II, over 400,000 German POWs came to the U.S., where they worked on local farms alongside civilians. In Episode 35 of THE BIG PONDER, Cariad Harmon tells the story of the unlikely friendships that one American family from small-town Tennessee forged with enemy soldiers.

This episode comes from Cariad Harmon. Cariad is an independent radio producer, writer, and musician. Originally from Great Britain, she now resides in Nashville, Tennessee. These days, she prefers making stories to making music. Find out more about Cariad’s work on her website. In this episode, Cariad delves into the history of German POWs in Tennessee, focusing on the Stribling-Brock family’s personal experiences. Most of the music in this episode is from Blue Dot Sessions. “News Intro” is a royalty-free track from DavidMusic. The archival newsreel audio is used courtesy of the U.S. National Archives, Critical Past, and Periscope Film. The featured photo shows German POWs in Lawrenceburg, Tennessee. In addition to this episode, Cariad produced the episodes “Record Booth” and “Road Trip.”

“Hidden History,” Episode 35 of the transatlantic #TheBigPonder audio series, is now available for listening on our website or wherever you get your podcasts: www.goethe.de/bigponder