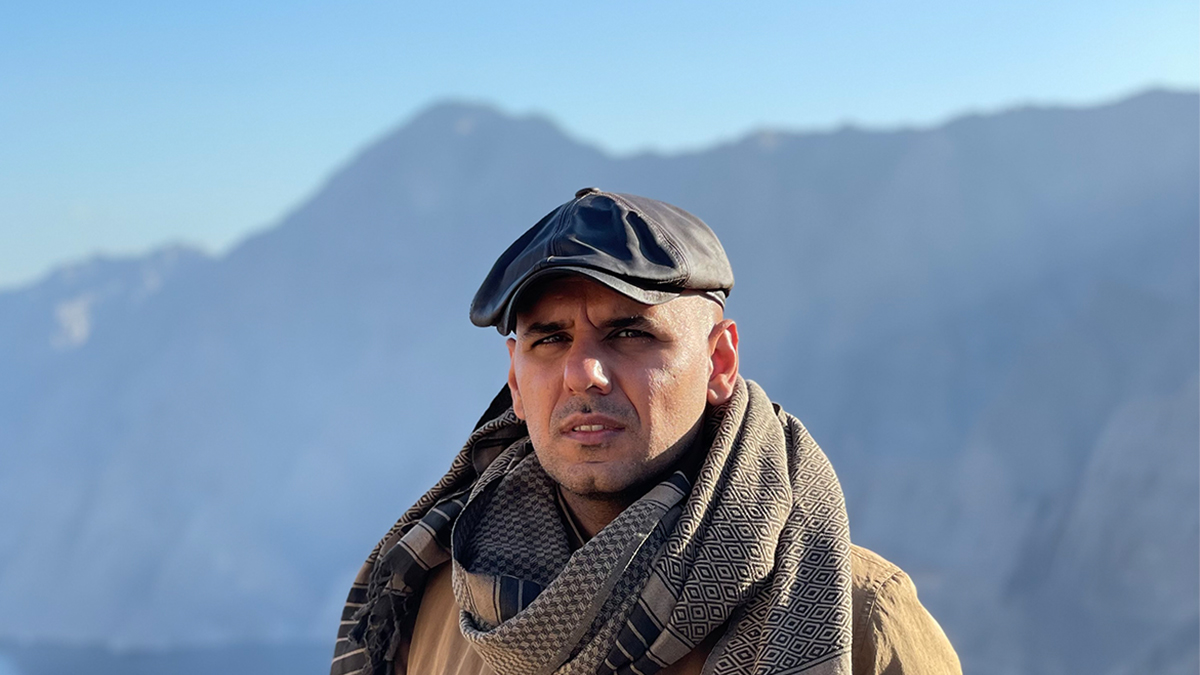 In the endless sunshine of Dubai, Bilal Qureshi revisits Franz Schubert’s acclaimed song cycle “Winterreise.” The lyrics of a heartbroken man’s journey across a wintry landscape become a way for Bilal to reconnect with the spirit of ‘wintering’ while living in the desert.

This episode comes from Bilal Qureshi. Bilal is a radio journalist and culture writer whose work has appeared on NPR and in “The New York Times,” “The Washington Post,” “Newsweek,” and “Film Quarterly.” From 2011 to 2012, Bilal lived in Berlin and Munich as a transatlantic fellow of the Robert Bosch Stiftung. For the episode, Bilal speaks with musicians, writers, and friends about ‘wintering.’ The songs “Gute Nacht” and “Der Wegerweiser” are from Kai Schumacher and Gisbert zu Knyphausen’s album “Lass Irre Hunde Heulen.” The classical interpretation of Franz Schubert’s “Winterreise” by Jeremy Denk and Randall Scarlata was recorded at the Isabella Stewart Gardner Museum in Boston and is under a Creative Commons license. Besides this episode, Bilal contributed the episodes “In Friendship,” “Radio Wanderlust,” “Quietude — In Search of Radio Silence,” and “Black Art, Berlin Stories — Looking for Alain Locke.” “Quietude” and “In Friendship” are also available in German. Matthew Asada took the featured photo of Bilal Qureshi during the winter in Dubai.