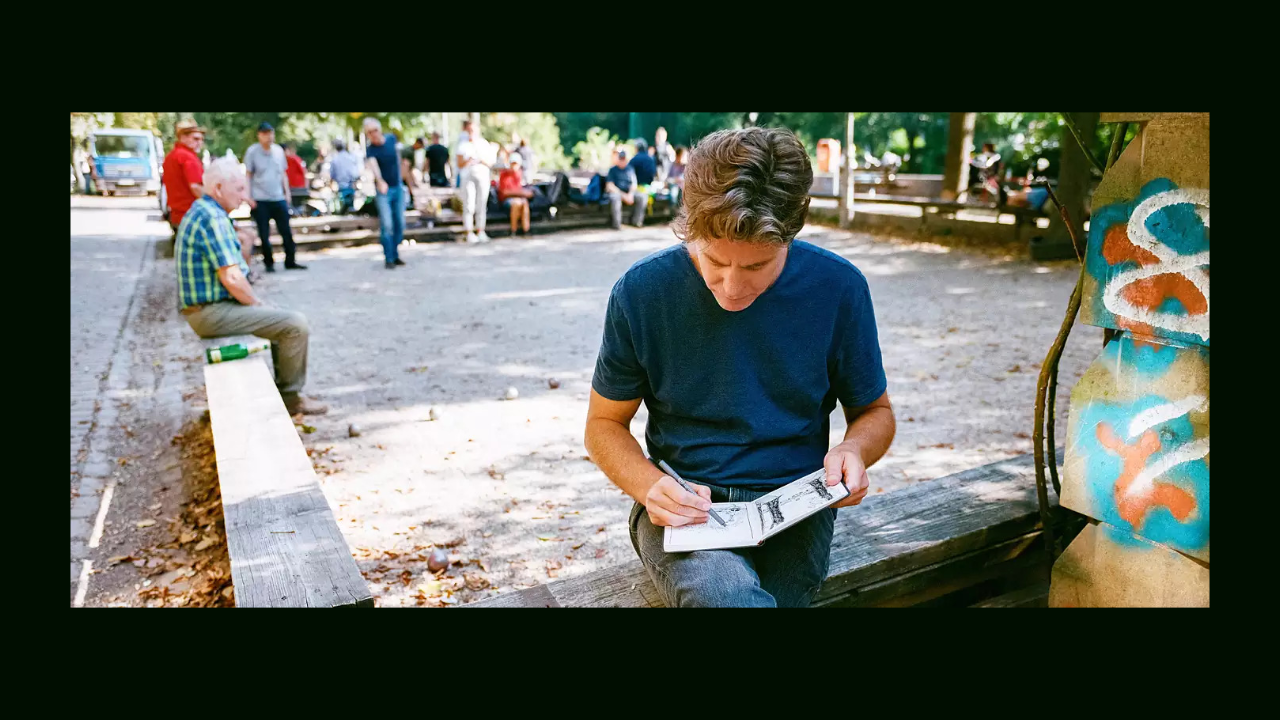 Have you ever thought about dropping everything to pursue your passion? Susanne Papawassiliu profiles Mike Powers who left his life in Florida behind to do just that. Today, Mike resides in Berlin, where he spends his days making art.

This radio portrait of a bohemian in Berlin comes from Susanne Papawassiliu. Susanne is a broadcast journalist who works in television and radio, mostly for the German networks RBB and Deutschlandfunk Kultur. She lives in Berlin. In this podcast, Susanne speaks with Mike Powers who relocated from Florida to Berlin a decade ago to pursue his art. Known as M.P. Powers in Berlin’s art scene, Mike draws on his observations in the city around him to write poems and create illustrations. You can view some of Mike’s artwork on his Instagram. Austin Fassino took the featured photo of Mike Powers in Berlin.

THE BIG PONDER, the Goethe-Institut Washington's transatlantic podcast is devoting itself to aspects of German and American life that often go unexplored. Each episode takes a deep dive into an abstract topic, like friendship or gardening, inviting listeners to reflect on our interconnected cultures from a new standpoint. New episode are released every other Thursday.