Sculpting the Light: Avant-Garde to Auschwitz and Beyond. 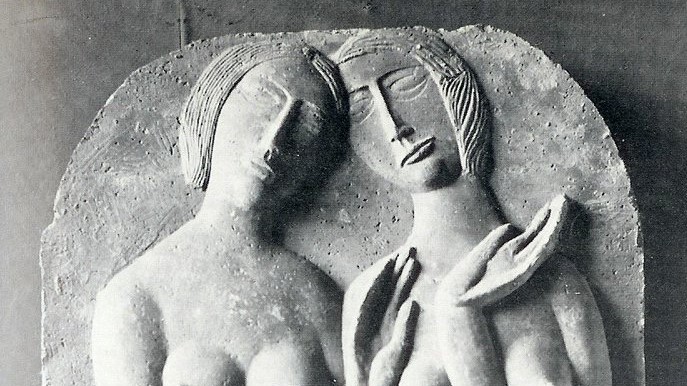 Moissey Kogan (1879-1943) was an innovative, influential sculptor-craftsman and printmaker, whose career straddled the European avant-gardes of the first half of the 20th century. A cosmopolitan Russian Jew, whose work was marked by his interest in Jewish mysticism and theosophical beliefs, Kogan looked to non-European cultures and ancient sources, in common with many of his contemporaries in Munich, Berlin, Amsterdam, and Paris, to root his avant-garde experimentations and revivals of ancient techniques, in what were considered more authentic means of expression. He fled the Nazi regime to Paris and was killed in Auschwitz.