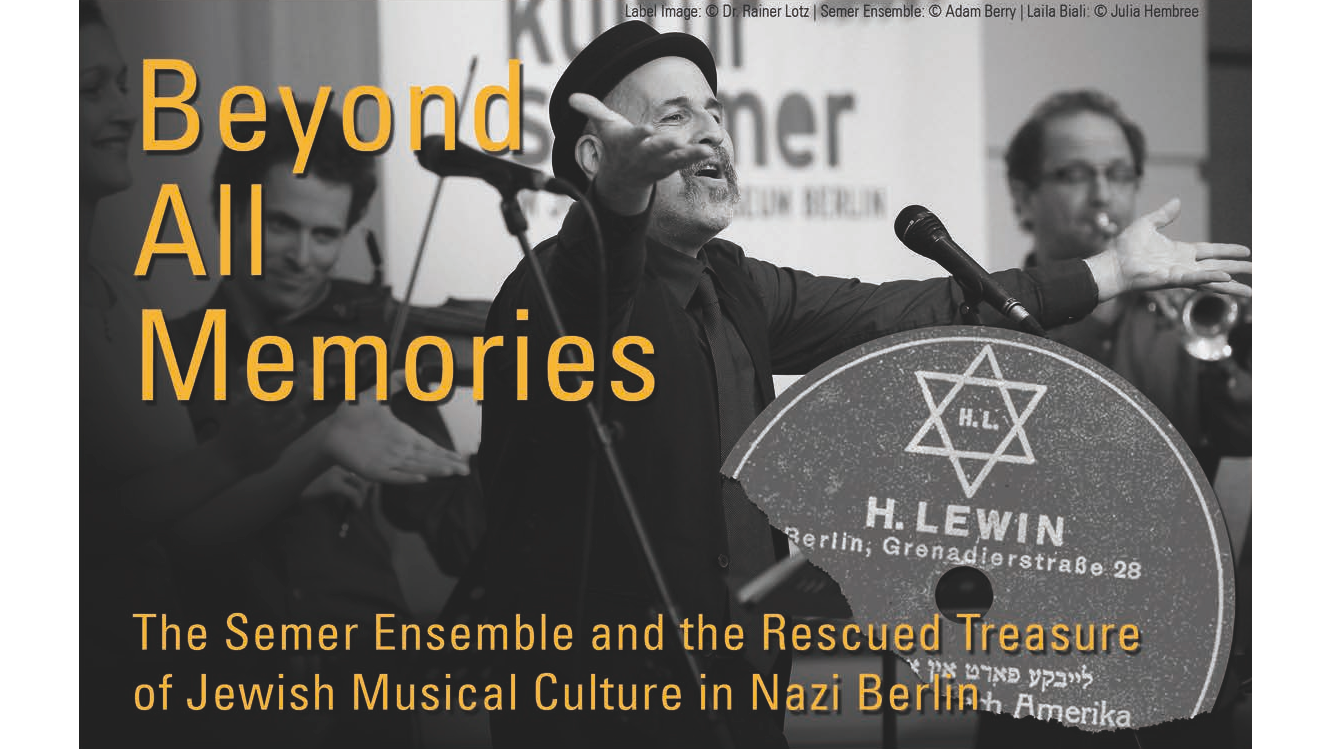 Join us in remembering “Reichspogromnacht," or the “Night of Broken Glass.” From November 9 to November 10, 1938, Nazis in Germany torched synagogues and vandalized Jewish homes, schools and businesses, killing many Jews.​

This program presents a film screening and discussion about a treasure trove of music by Jewish musicians destroyed during “Reichspogromnacht” or “Night of Broken Glass” that was almost forgotten – but miraculously found! The German Ambassador to the US, H.E. Emily Haber, the German Ambassador to Canada, H.E. Sabine Sparwasser, and Marilyn Sinclair from Liberation75 will be joined by panelists Dr. Alan Bern, Dr. Rainer Lotz, Sasha Lurje as well as moderators Laila Biali and Ben Wittman to screen the documentary film Beyond All Memories – The Semer Ensemble and the Rescued Treasure of Jewish Musical Life in Nazi Berlin (written and directed by Christoph Weinert) which will be followed by a discussion and audience Q&A.

The webinar and film screening is free to attend. Registration is required.

Semer Ensemble brings back to life the eclectic Jewish music captured on historic recordings made in Berlin between 1933-1938 on the short-lived Semer Records label. At a time when Jewish artists were banned by the Nazis from participating in the mainstream music industry, Semer offered a home to a vast array of artists and styles, including Yiddish folk and theatre songs, Berlin Cabaret, Russian and Ukrainian folk songs, operatic arias, klezmer, and cantorial music.

After the destruction of the label’s shop on “Reichspogromnacht” (Nov 9, 1938), this music was lost and forgotten for 60 years, until ethnomusicologist Rainer Lotz scoured the world tracking down vinyl copies of the label’s entire catalog.

The Embassy of the Federal Republic of Germany in the US

The Embassy of the Federal Republic of Germany in Canada

The Consulates of the Federal Republic of Germany in Canada