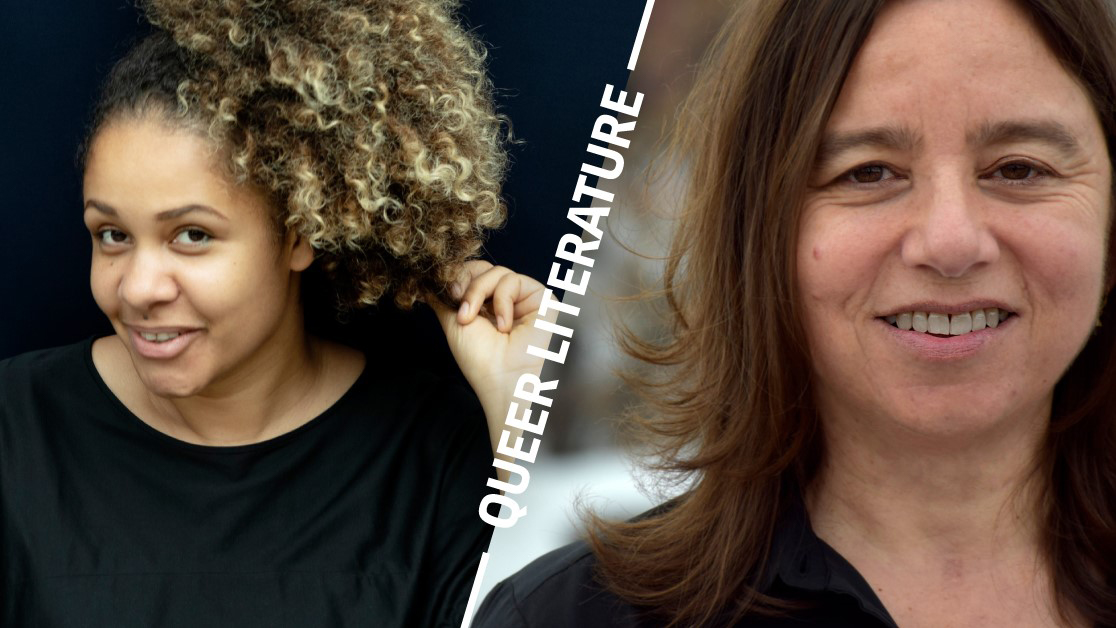 The Goethe Pop Up Kansas City and the Goethe-Institut Boston present Queer Literature from Germany and the US. Join them for their second event as they welcome Berlin-based debut novelist Olivia Wenzel and veteran author Sarah Schulman from New York for a reading followed by a conversation. The virtual conversation will be moderated by Dr. Robert D. Tobin.

This event is part of Queer as German Folk, a project celebrating the multilayered histories of Germany’s and America’s diverse LGBTIQ+ communities. A digitally modified version of the exhibition Queer as German Folk and a full program of virtual events are presented by the Goethe-Institut in North America in collaboration with its Goethe Pop Ups and the Schwules Museum Berlin (SMU).

Olivia Wenzel born in Weimar in former East Germany in 1985, is a writer, playwright, musician and performer. She writes prose and theater texts, and most recently played music under the name of Otis Foulie. Wenzel’s plays have been performed at the Münchener Kammerspiele, Thalia Theater in Hamburg, Deutsches Theater Berlin, and Ballhaus Naunynstrasse, among others. Alongside her writing, she runs workshops for children, teenagers, and young adults. As a performer in the independent theater scene, she collaborates with collectives such as vorschlag:hammer. Wenzel’s strange and unsettling debut novel 1000 Serpentinen Angst (“1,000 Coils of Fear”) completely captures the zeitgeist, tackling all the most pressing topics of our age: race, politics, feminism, motherhood, sex, history, global terrorism, nationality, love, and death. Wenzel studied cultural studies and aesthetic practice at the University of Hildesheim. She received the literary prize of the city of Fulda 2020.

Sarah Schulman, born in New York City in 1958, is a novelist, playwright, screenwriter, nonfiction writer, and AIDS historian. Schulman is the author of The Cosmopolitans, Israel/Palestine and the Queer International, Ties That Bind: Familial Homophobia and Its Consequences, and My American History: Lesbian and Gay Life During the Reagan/Bush Years, among others. Her 20th book, Let The Record Show: A Political History of ACT UP, New York 1987-1993, will be published in May 2021. She has won a Guggenheim Fellowship in Playwrighting, a Fulbright in Judaic Studies, and is the 2009 recipient of the Kessler Award “For Sustained Contribution to LGBT Studies.” Schulman is Distinguished Professor of the Humanities at the City University of New York.

Dr. Robert D. Tobin is the inaugural occupant of the Henry J. Leir Chair in Language, Literature, and Culture at Clark University in Worcester, Massachusetts, where he teaches comparative literature with an emphasis on German Studies. Tobin's areas of expertise include LGBTIQ+ studies, queer theory, gender studies, human rights, and German and European cultural studies.

This event takes place on Zoom. Registration is required.