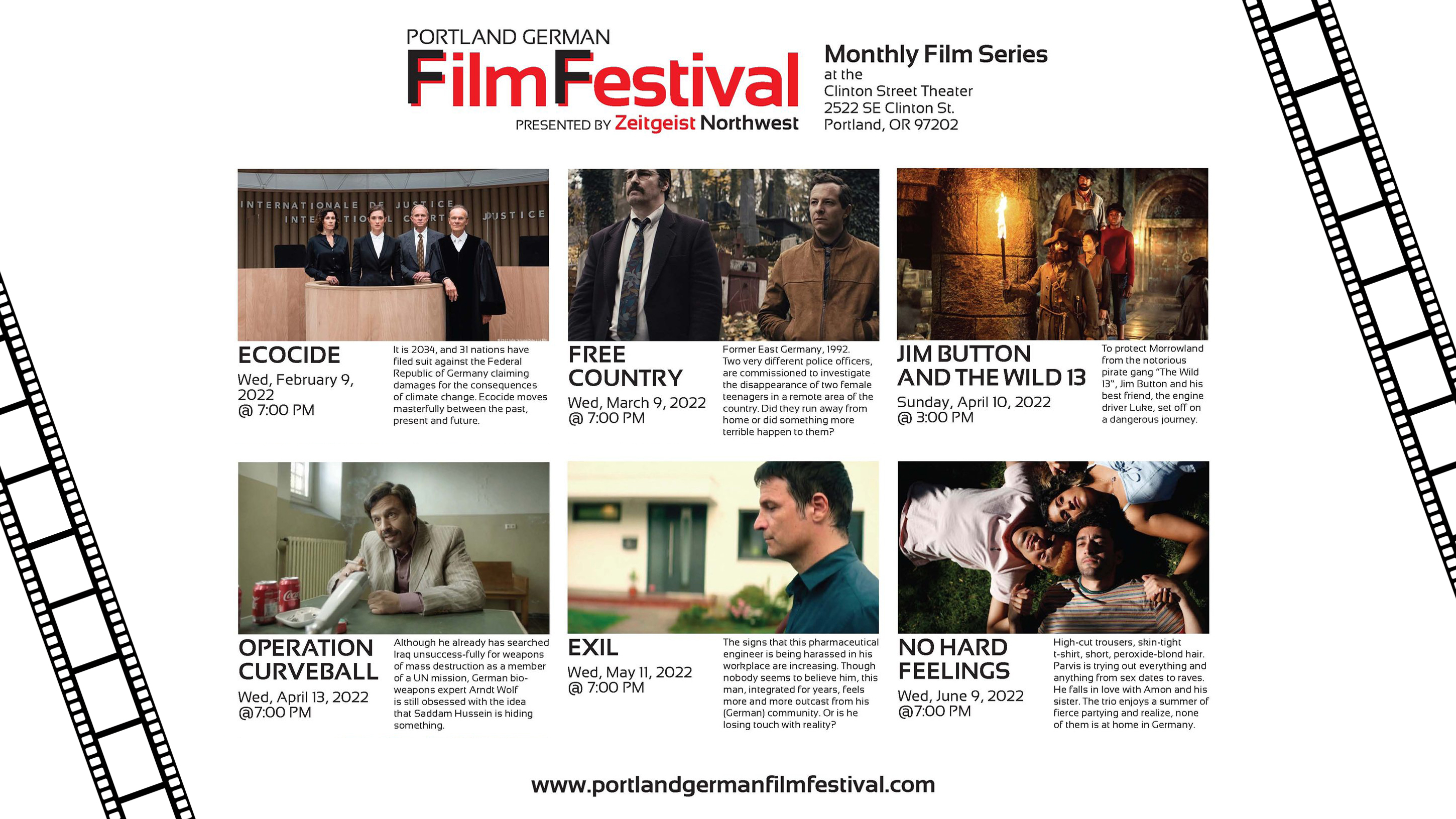 In Portland German Film Festival's Monthly Film Series, we will show a variety of GERMAN or GERMAN language films from Germany, Austria and Switzerland. On the 2nd Wednesday of each month, audiences will now have a chance to see these films on a regular basis at the CLINTON STREET THEATER. (Children movies will be playing on Sunday afternoons – please check our website.) All films are with English subtitles.

Former East Germany, 1992. Patrick Stein and Markus Bach, two very different police officers, are commissioned to investigate the disappearance of two female teenagers in a remote area of the country. Did they run away from home or did something more terrible happen to them?