Partners of First Resort: America, Europe, and the Future of the West 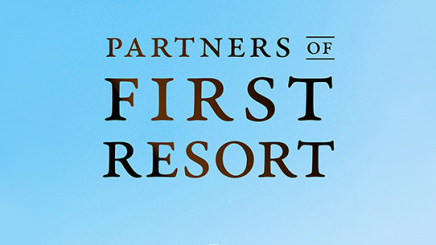 Partners of First Resort: America, Europe, and the Future of the West

As of late, the once reliable and thriving transatlantic partnership can best be described as turbulent. The relationship is in a state of disrepair once unimaginable. Fundamental issues began to show as the partners sought to update the relationship to suit the post-Cold War world order. Longstanding issues such as NATO member defense spending, the Iraq war, and the U.S.’s "pivot to Asia" under President Obama all hinted at the underlying and unresolved issues within the relationship.

Throughout his tenure, President Trump’s rhetoric further strained the U.S.-Europe partnership and eroded trust upon which the relationship was built. Can President-elect Biden and his incoming team reset the transatlantic relationship? What would a “transatlantic renaissance” look like? And can this aged partnership effectively respond to the pressing global challenges of today?

You can support independent book sellers in the U.S. by purchasing a copy of Partners of First Resort: America, Europe, and the Future of the West at bookshop.org.