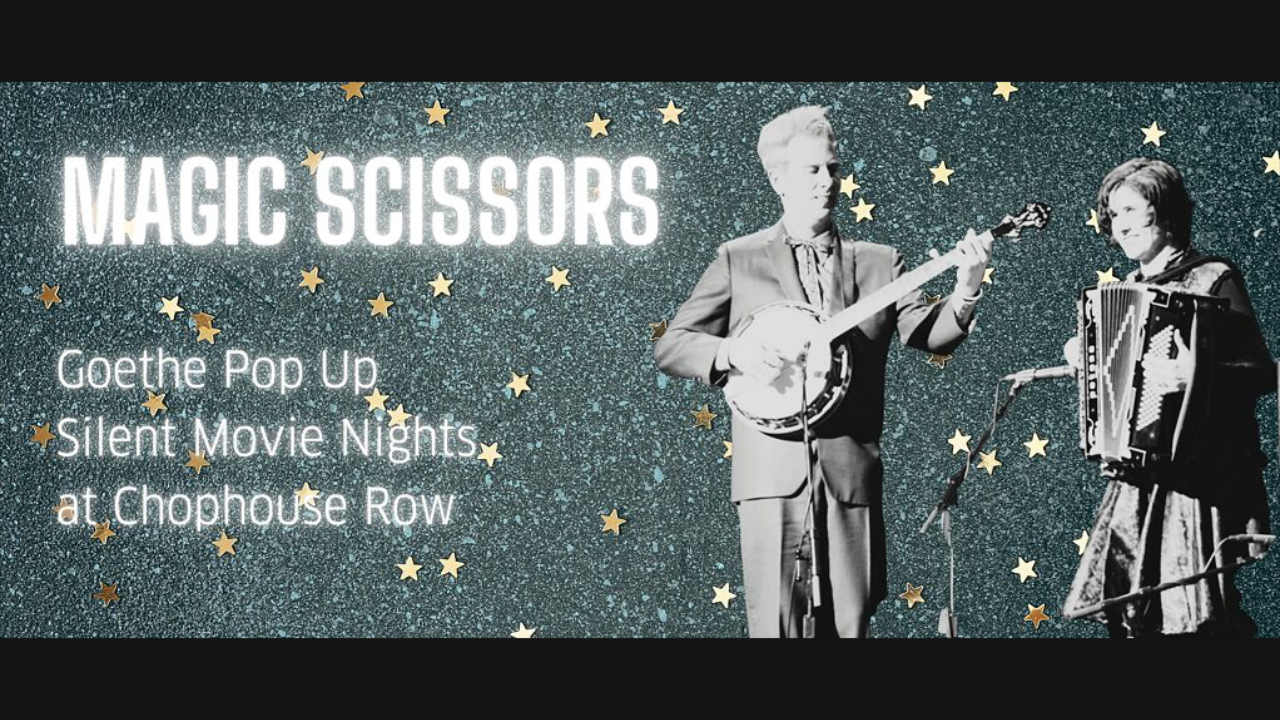 The Goethe Pop Up is welcoming summer and the return of in-person programming with two evenings celebrating sound, vision, and being together. On August 13 and 14, silent film scorers extraordinaire Miles & Karina will join us in the Chophouse Row courtyard to provide live musical accompaniment to a selection of fairy tale films by Lotte Reiniger, the pioneer of silhouette animation.

As to the program:

On the menu are six animated short films by scissor-silhouette artist Reiniger, all created with paper cutouts and stop-motion. The program will include classic tales Sleeping Beauty, The Grasshopper and the Ant, and Doctor Dolittle, and two 5-minute commercials, all with original scores composed by Miles & Karina and performed on banjo and accordion. Making its premiere will be a new original score, to Reiniger's Jack and the Beanstalk, commissioned by Goethe Pop Up Seattle for this event. All films were made between 1926 to 1955.

No tickets are required, but seats are limited and available on a first-come, first-served basis. Feel free to come by early to grab a drink from our neighbors at Light Sleeper or Good Weather to enjoy in the courtyard. This event is produced in partnership with Chophouse Row and Northwest Film Forum.