A dance performance with live music

»In C« by Sasha Waltz & Guests 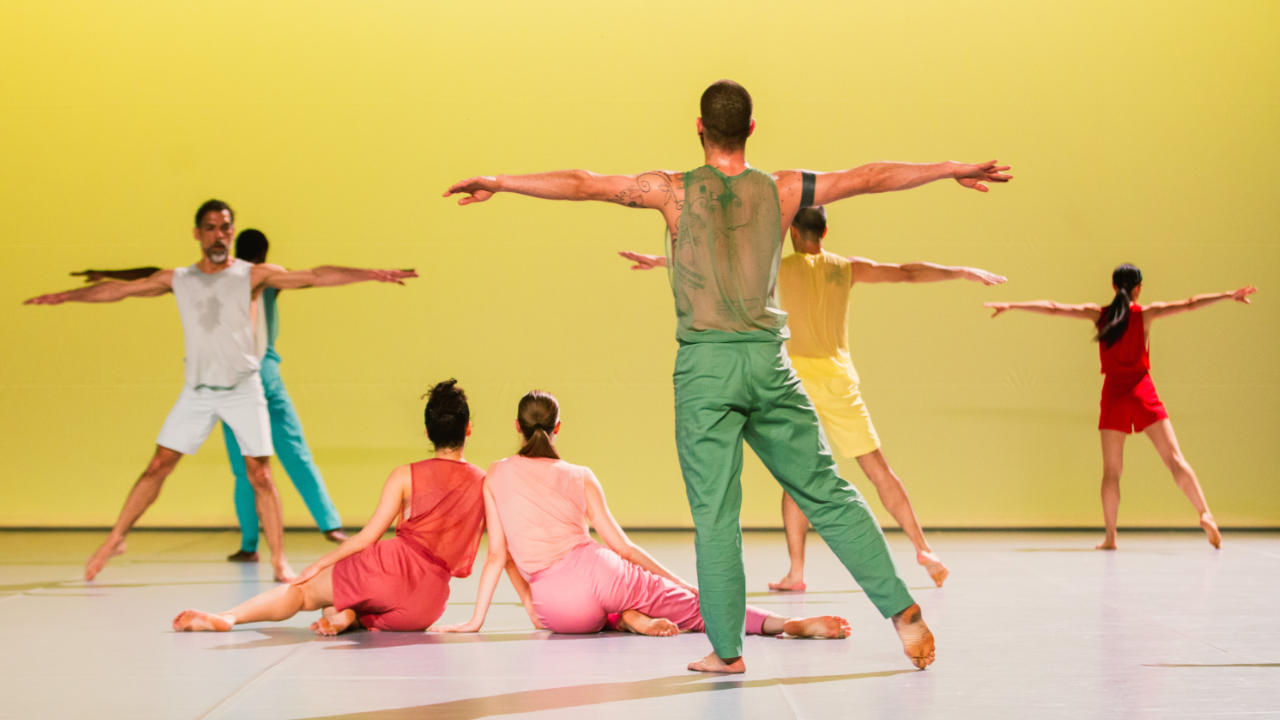 In 2021, the Berlin based dance company Sasha Waltz & Guests began an experimental, constantly evolving project based on Terry Riley's piece by the same. After the online premiere on a livestream in March, various guest performances in Germany and the Berlin live premiere in September, »In C« by Sasha Waltz & Guests will receive yet another premiere at the radialsystem in Berlin from December 10 to 12: The company will be performing their latest work for the first time with live music played by the New York collective »Bang on a Can All-Stars«. The performance will also be streamed virtually here: https://youtu.be/aSkpgnAYBnA.

»In C« is a colorful excursion into the world of minimal music. Based on Terry Rileys revolutionary and open composition from 1964, Sasha Waltz and her dancers developed choreographic material that follows a similarly variable structure and therefore always leaves room for new variants. To date, they danced »In C« to an iconic recording of Terry Rileys legendary piece by »Bang on a Can« from 2001.

The dance company in December now welcomes the US-American musicians to Berlin and for the first time performs »In C« together with live musicians on stage. After the performance on December 11th New York‘s electric »Bang on a Can All-Stars« will give a concert performing a high-octane set of classic selections by Michael Gordon, David Lang, Julia Wolfe, Meredith Monk, Steve Martland, and premiere a new piece by Berlin based composer Nick Dunston.

The company Sasha Waltz & Guests was founded by Sasha Waltz and Jochen Sandig in Berlin in 1993 and in the season 2018/19 celebrated its 25th anniversary. To date, more than 300 artists and ensembles from the fields of architecture, visual arts, choreography, film, design, literature, fashion and music from 30 countries have collaborated as »Guests« on over 80 productions, »Dialoge« projects and films. Sasha Waltz & Guests works in an international and national constantly evolving network of production and guest performance partners, showing its current repertoire of 12 active pieces in about 70 performances each year. In Berlin, the company cooperates with a wide range of municipal theatres, opera houses and museums and has contributed to the establishing of new cultural institutions such as Sophiensaele (1996), St. Elisabeth Kirche (2004) and radialsystem (2006). 2013, the company has been named »European Cultural Ambassador« by the European Union. In 2014, Sasha Waltz & Guests was awarded the »george tabori ehrenpreis« by the Fonds Darstellende Künste. Apart from Berlin stagings, national and international guest performances and the continual work on the repertoire, Sasha Waltz & Guests has been increasingly committed to educational and social projects. In 2007, the Children’s Dance Company (»Kindertanzcompany«) was founded and since 2016 the interdisciplinary and open exchange platform »ZUHÖREN« serves as a »third space for art and politics«. Alongside these initiatives, the company continues to propose diverse offers in the field of knowledge transfer.

Founded in 1987 by composers Michael Gordon, David Lang, and Julia Wolfe, Bang on a Can has been creating an international community dedicated to innovative music, and has grown from a one-day New York-based Marathon concert to a multi-faceted performing arts organization with a broad range of year-round international activities. Formed out of this group in 1992, the Bang on a Can All-Stars are recognized worldwide for their ultra-dynamic live performances and recordings of today’s most innovative music. Freely crossing the boundaries between classical, jazz, rock, world and experimental music, this six-member amplified ensemble has consistently forged a category-defying identity. With a massive repertoire of works written specifically for the group’s distinctive instrumentation and style of performance, the All-Stars have become a genre in their own right, performing each year throughout the U.S. and internationally.