A virtual screening and Q&A with Grimme award-winning director

How 'HOLOCAUST' Came to TV 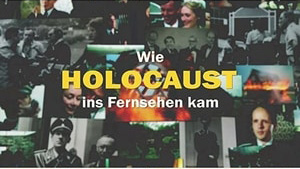 "How 'HOLOCAUST' Came to TV" - A virtual screening from Jan 27 for 72 hours followed by a Q&A with Grimme award-winning director Alice Agneskirchner on January 30 on zoom.

Tickets to purchase the film and watch online are at www.LAJFilmFest.org. Ticket includes the link to watch the zoom Q&A on January 30 at 11 am PST. The film will stream for 3 days beginning on January 27. This program is in commemoration of International Holocaust Remembrance Day.

Alice Agneskirchner's Grimme-award-winning fascinating documentary explores the powerful impact that the 1978 American TV series "HOLOCAUST" had on the German people when it first was broadcast in 1979. The images and story hit millions of people in the heart, and motivated them to explore their collective past. This was the first time that a major mainstream drama had portrayed the lives of Hitler’s victims. The unexpected echo and the audience reactions were fierce. But it has transformed how Germany deals with its Nazi past. Germany has been reassessing how the drama changed the country 40 years ago. Remembrance of the Holocaust and the words “never again” have become key principles of modern Germany’s political identity.

This program is in partnership with LA Jewish Film Festival, Consulate General of the Federal Republic of Germany and Wunderbar Together, Villa Aurora, American Jewish Committee LA, and Holocaust Museum LA.

Consulate General of the Federal Republic of Germany