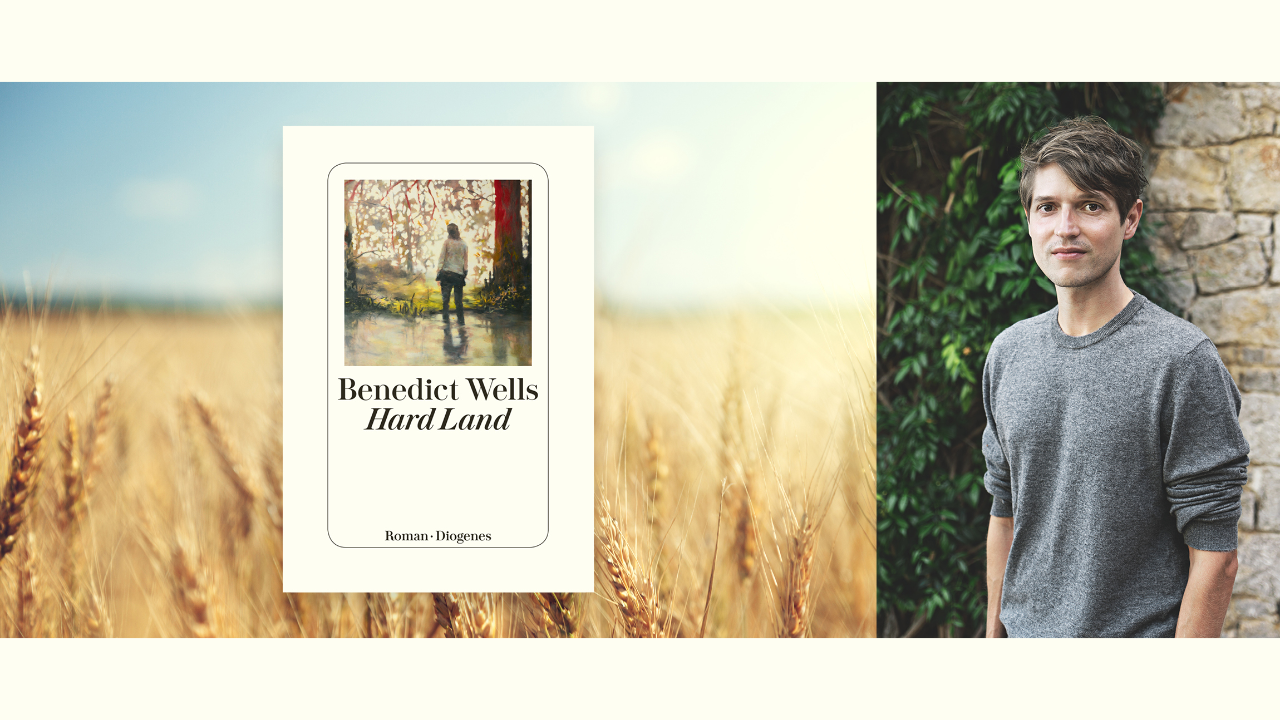 The Goethe Pop Up is thrilled to welcome celebrated author Benedict Wells back to Kansas City for a reading of his new book, "Hard Land" (set in 1980s Missouri). Join for this US-premiere on Aug 19th taking place in America’s (virtual) heartland!

Although "Hard Land" is currently only available in German, Wells will read from two sample chapters in English followed by a Q&A with the audience.​

This will be Wells’ second time reading at the Goethe Pop Up Kansas City; his last visit was in July 2019, for a presentation of his acclaimed novel "The End of Loneliness" at local bookstore Our Daily Nada.

In an attempt to escape a troubled home life, fifteen-year-old Sam takes a summer job at an old movie theater. And for the duration of these sun-soaked, magical months, everything is turned on its head. He finds friends, falls in love, and discovers the secrets of his hometown. For the first time ever, he is no longer an unremarkable outsider. Until something happens that forces him to grow up. A homage to 1980s coming-of-age movies like The Breakfast Club and Stand By Me — the story of a summer that will never be forgotten.

Benedict Wells, born in Munich in 1984, moved to Berlin after completing school and focused on his writing, earning a living with various jobs. His fourth novel, "The End of Loneliness," spent more than a year and a half on the "Spiegel" bestseller list, was awarded the 2016 European Union Prize for Literature, among other awards, and has been published in 38 languages. After several years in Barcelona, Wells now lives in Zurich. "Hard Land" is his sixth novel.