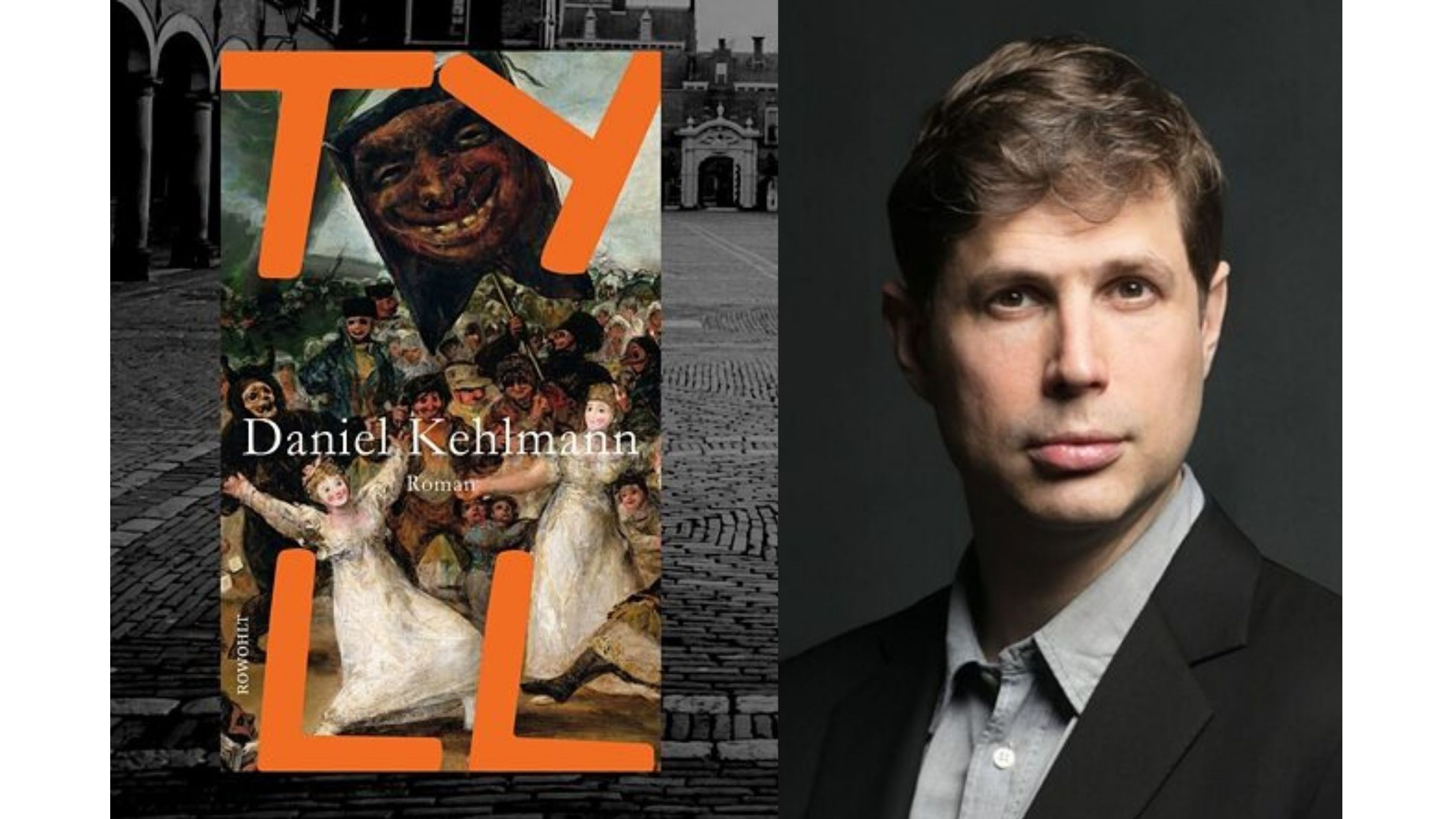 Join our Goethe Book Club, hosted by Tanya Kelley, and discuss works from contemporary German-speaking authors. Each selection can be read in English translation or the German original; discussions will be held in English.  On Tuesday, April 5th, at 6:00 pm CDT, we will meet to discuss Tyll, written by Daniel Kehlmann and translated by Ross Benjamin.

Daniel Kehlmann transports the medieval legend of the trickster Tyll Ulenspiegel to the seventeenth century in an enchanting work of magical realism, macabre humor, and rollicking adventure.Tyll is a scrawny boy growing up in a quiet village until his father, a miller with a forbidden interest in alchemy and magic, is found out by the church. After Tyll flees with the baker’s daughter, he falls in with a traveling performer who teaches him his trade. As a juggler and a jester, Tyll forges his own path through a world devastated by the Thirty Years’ War, evading witch-hunters, escaping a collapsed mine outside a besieged city, and entertaining the exiled King and Queen of Bohemia along the way.The result is both a riveting story and a moving tribute to the power of art in the face of the senseless brutality of history.

Daniel Kehlmann, born in 1975 in Munich, has received numerous prizes for his work, including the Candide Prize, the WELT Literature Prize, the Per Oloy Enquist Prize, the Kleist Prize, the Thomas Mann Prize, and the Friedrich Hölderlin Price. Measuring the World is one of the most successful, postwar German novels, and was translated into more than 40 languages. Remaining on bestseller lists for several months, Tyll was shortlisted for the International Booker Prize in 2020. Kehlmann lives in Berlin.

Please RSVP to access the online event. Simply send an email to info-kansascity@goethe.de to receive the Zoom access code.