German Cinema Now! Art Comes from the Beak the Way It Has Grown 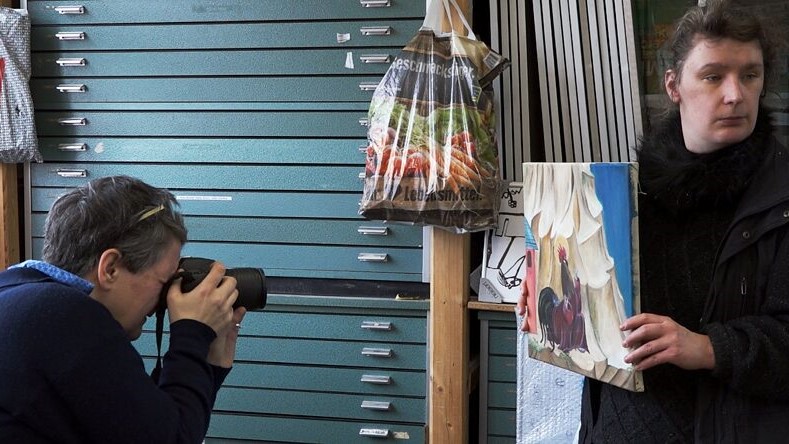 German Cinema Now! Art Comes from the Beak the Way It Has Grown

The monthly film series GERMAN CINEMA NOW! is curated by Goethe Pop Up Seattle. This year, the series explores themes of disruption and continuity to inspire public dialogue about the ways in which the past shapes our moment and can inform a radically different future. The film screenings are presented in partnership with Northwest Film Forum Seattle. All ticket purchases support Northwest Film Forum. The screening of Art Comes from the Beak will take place online. Please register in advance and pay what you can. The film stream is available to viewers in the U.S. from July 28 at 5pm to July 29 at 5pm PDT. The film will be accompanied by a recorded Q&A with the filmmaker.

"At the Mosaik art studio in Berlin, artists with disabilities are absorbed in their work. Sabine Herpich observes the artists in the course of creation and directs her gaze at the institution itself: its processes, staff and spaces. The film succeeds in maintaining its focus on the art itself rather than the handicaps of its creators. It is around these works that the institution takes form, thus coming into view first and foremost as an institution for art, not one for people with disabilities. The idea of art becomes holistic, encompassing the people who make it as well as the places where it is created; it means looking at the works, and talking about them, but also art as work, complete with working hours and wage. The filmmaker herself is not invisible. She asks the artists about their thoughts, ideas, methods. As the artists before the camera meet the gaze of the filmmaker, a heightened sense of attention and sensitivity is produced – for the moods of the works, their creators and observers, as well as for this film about art itself, with its gentle, yet not timid, precise yet non-restrictive form." (New Docs)