Assessing the Rural-Urban Divide in Infrastructure 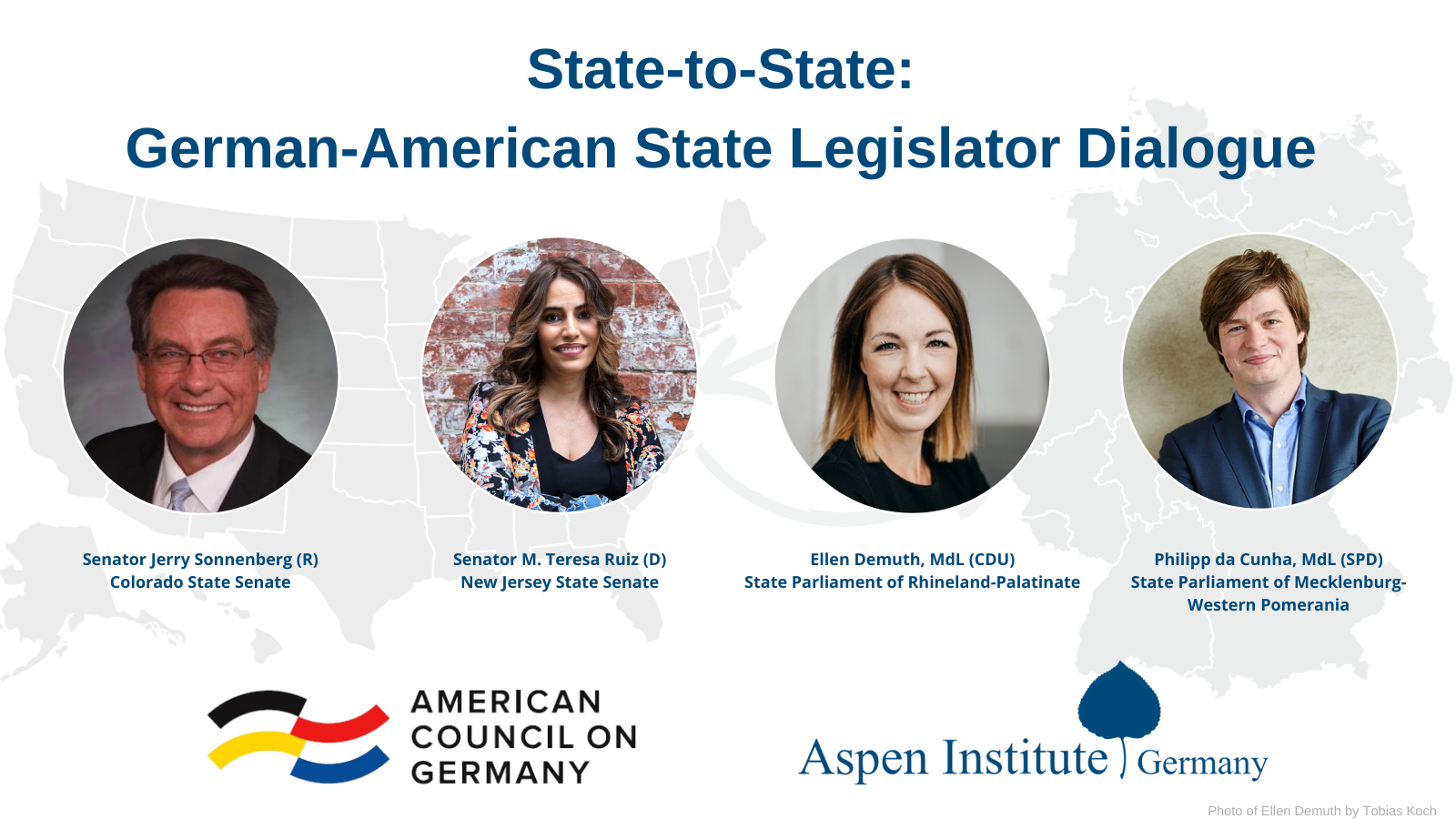 On June 23, 2021, at 11:00-12:15 am EST (5:00-6:15 pm CEST), the Aspen Institute Germany and the American Council on Germany will host the next discussion in our virtual event series State-to-State: German-American State Legislator Dialogue with German and American state legislators.

While global challenges are addressed by national governments, increasingly subnational actors such as states, communities, and cities have needed to step up to take action when traditional nation-states have been unable to make progress due to political polarization and partisan gridlock. This trend has also characterized transatlantic relations and the German-American partnership. While many metropolitan cities surge forward, rural areas and low-income urban areas continue to be hurt by demographic decline, loss of manufacturing jobs, rising poverty and lack of investment, as well as poor infrastructure – both in terms of traditional infrastructure related to buildings, water systems and transportation as well as broadband internet connectivity. Failing to address these issues will deepen the chasm between rural and urban areas, with negative implications for national cohesion.

Urgent infrastructure needs are deepening the rural-urban divide and also the gap in urban centers themselves. These communities need school renovations, investments in health care, upgrades to water and sewage treatment systems, improved transportation, and greater access to broadband. Such investments can help to reduce out-migration of younger people and the loss of business opportunities, to increase job growth and economic productivity, and to enable these regions to better face the forces of globalization, digitization and automation.