From Q to Querdenken 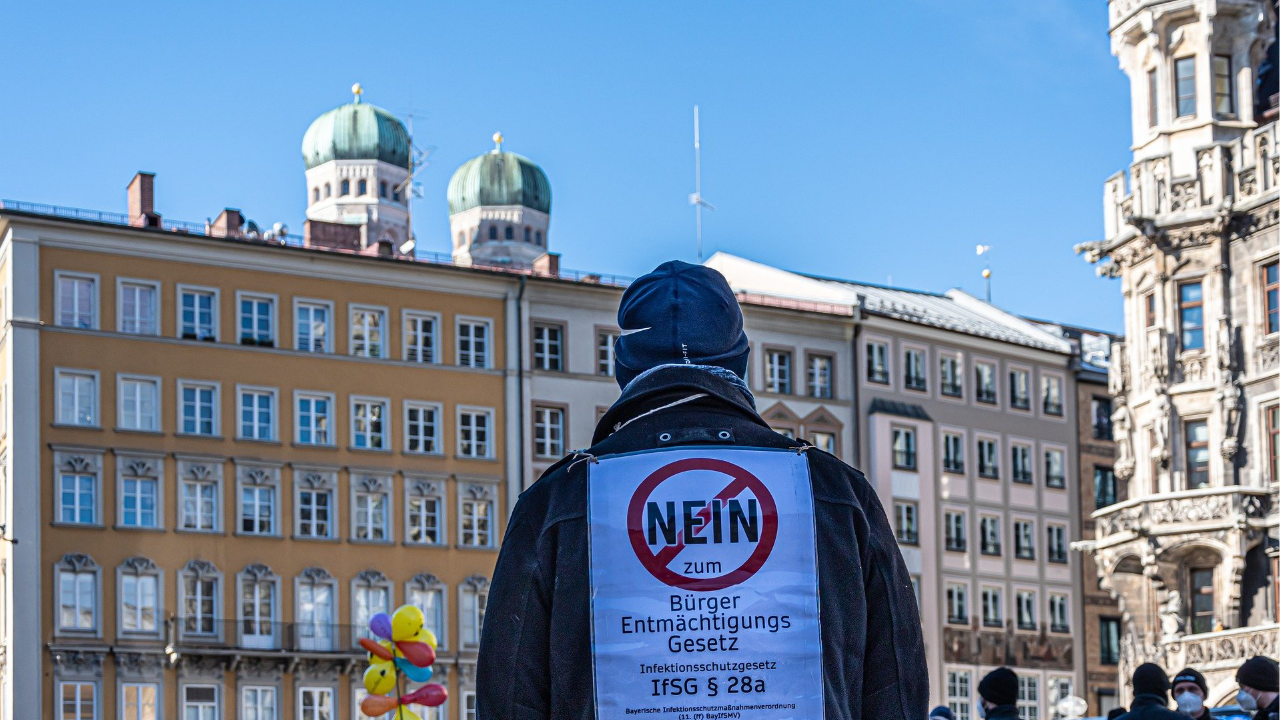 Conspiracy theories have proliferated in the past few years in Germany and the United States, especially after COVID-19 forced communities into lockdown. Anti-vaccine conspiracies have slowed U.S. and German efforts to combat the pandemic. What is the attraction to conspiracies in our transatlantic communities, and how do they become dangerous? What are methods societies can use to combat the proliferation of extremist theories in their communities?

This webinar will convene via Zoom. Contact Ms. Elizabeth Hotary with any questions at ehotary@aicgs.org.

Brian Hughes is a Research Assistant Professor in the program of Justice, Law, and Criminology at American University. He is also the co-founder and Associate Director of the Polarization and Extremism Research and Innovation Lab (PERIL), where he develops studies and interventions to reduce the risk of radicalization to extremism. His scholarly research explores the impact of communication technology on political and religious extremism, terrorism and fringe culture. This work seeks to identify the affective and material commonalities between extremists of differing ideologies, cultures, times, and places. His writing has appeared in the CTC Sentinel at West Point, the International Journal of Communication, CNN, and the Center for Analysis of the Radical Right.

Constanze Jeitler is a historian and a PhD researcher with the ERC-funded project “PACT: Populism and Conspiracy Theory” at the University of Tübingen (Germany). Before joining the PACT project, she was a parliamentary assistant and advisor in the Austrian parliament and worked for the OSCE election assessment mission to Austria in 2017. Ms. Jeitler hold a Master’s degree in Comparative History from Central European University and in Film and Media Studies from the University of Vienna.

In her PhD dissertation, Ms. Jeitler focuses on the historical significance of conspiracy theories for populist parties and right-wing movements in Austria as well as their networks in the German-speaking world and beyond. Her other research interests include the history of National Socialism, memory studies and memory politics, transnational history, oral history, and ethnographic methods in history.

Cynthia Miller-Idriss is Professor in the School of Public Affairs and in the School of Education, and runs the Polarization and Extremism Research & Innovation Lab (PERIL) in the Center for University Excellence (CUE). Before her move into the School of Public Affairs in fall 2020, she was Professor of Education and Sociology at American University. In addition to her faculty role, Dr. Miller-Idriss is also Director of Strategy and Partnerships at the U.K.-based Centre for Analysis of the Radical Right and serves on the international advisory board of the Center for Research on Extremism (C-REX) in Oslo, Norway.

This article is part of the AICGS project “The Importance of the Transatlantic Partnership in Times of Global Crises” and is generously funded by the Transatlantik-Programm der Bundesrepublik Deutschland aus Mitteln des European Recovery Program (ERP) des Bundesministerium für Wirtschaft und Energie (BMWi) (Transatlantic Program of the Federal Republic of Germany with Funds through the European Recovery Program (ERP) of the Federal Ministry for Economics and Energy (BMWi)).