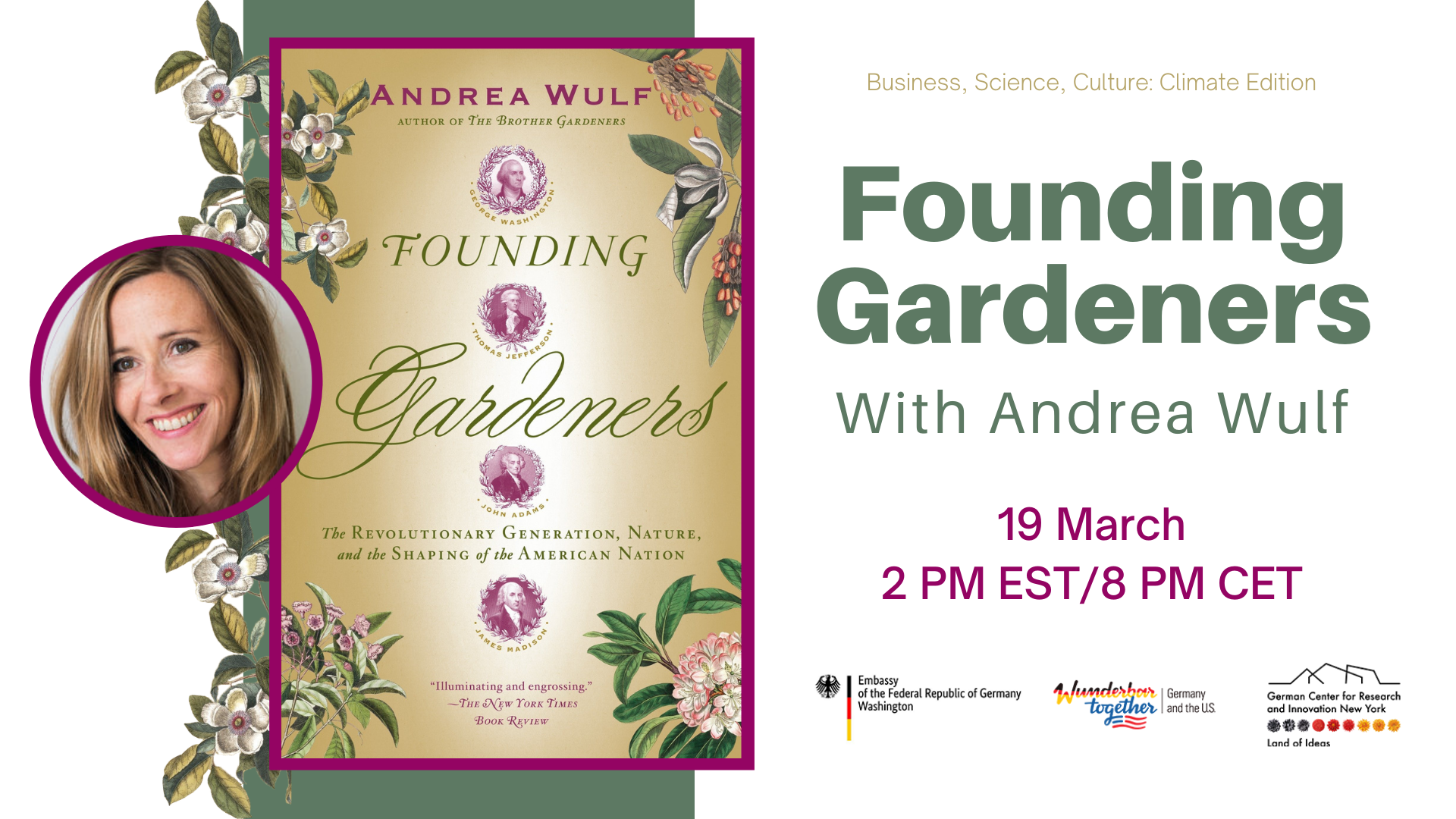 ‍
The Economic Department of the German Embassy in Washington and the DWIH New York cordially invite you to join us for the first event in the series "Business, Science, Culture: Climate Edition." Andrea Wulf will show a 30-minute video presentation featuring research from her book Founding Gardeners: The Revolutionary Generation, Nature, and the Shaping of the American Nation, followed by a Q&A with the audience.

Andrea Wulf looks at the lives of the founding fathers and how their attitude to plants, gardens, nature and agriculture shaped the American nation. George Washington, John Adams, Thomas Jefferson and James Madison regarded themselves foremost as farmers and plantsmen and for them gardening, agriculture and botany were elemental passions, as deeply ingrained in their characters as their belief in liberty for the nation they were creating. Award-winning and bestselling historian Andrea Wulf explains how nature became political, how native species and crops became patriotic statements and why James Madison is the forgotten father of American environmentalism. In a unique retelling of the creation of America, Andrea Wulf will show how plants, politics and personalities intertwined as never before.

Andrea Wulf is a historian and award-winning author of several books, among them the NYT bestseller The Invention of Nature. Alexander von Humboldt’s New World, which was published in 27 languages and has won fifteen international literary awards. She is also a regular contributor on radio and TV in Europe and the US. Based on her book “Founding Gardeners” of the early presidents Washington, Jefferson, Madison and Adams she will discuss the roots of Environmentalism in the Early Republic.