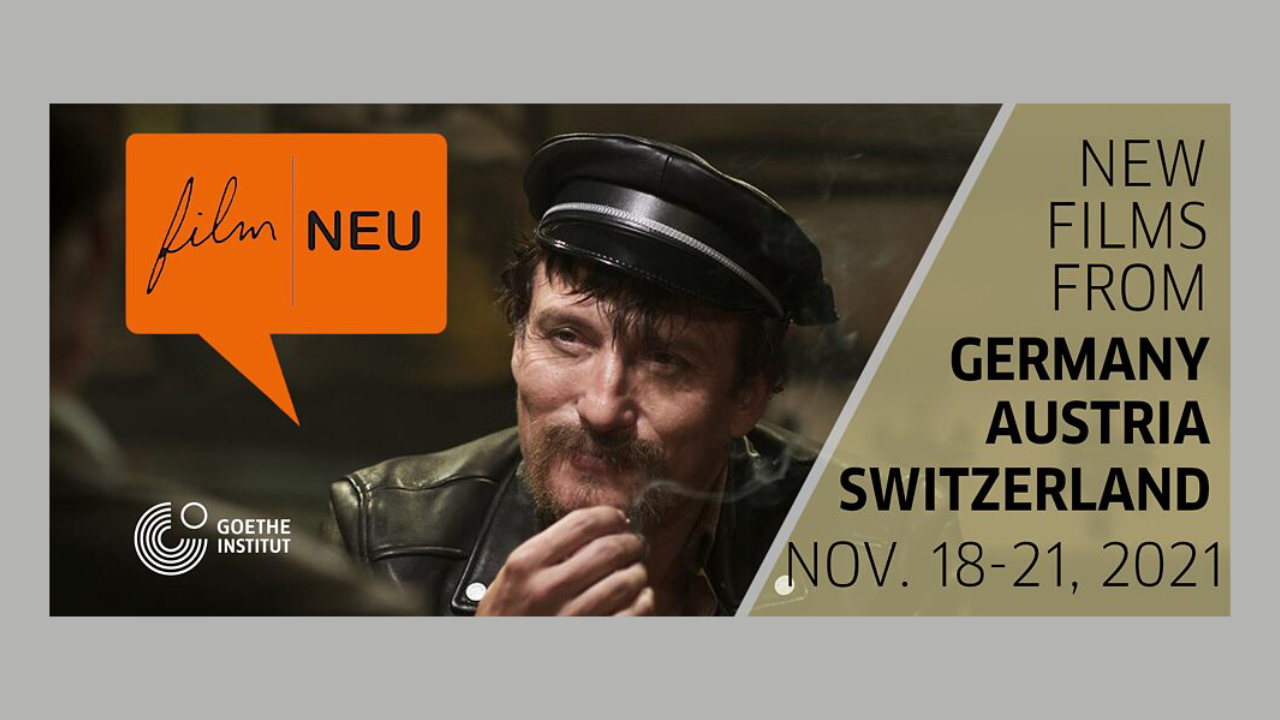 We are very excited to announce that the 29th edition of Film|Neu, Washington's annual festival of new films from Germany, Austria, and Switzerland, will take place in a hybrid format from November 18-21, 2021.

In September, the film-lovers of our city breathed a sigh of relief when Landmark's E Street Cinema announced that it would reopen its doors after nearly eighteen months closed due to the COVID-19 pandemic. We are overjoyed to return to our historic host cinema for several screenings, while continuing to offer virtual screenings as well.

Shortly, we will announce our complete feature film schedule, tarilers, short film program, reception, and further information about this year's festival. In the meantime, save the date, and stay tuned for more updates from us. We look forward to welcoming you to Film|Neu 2021, both at Landmark's E Street Cinema and online!