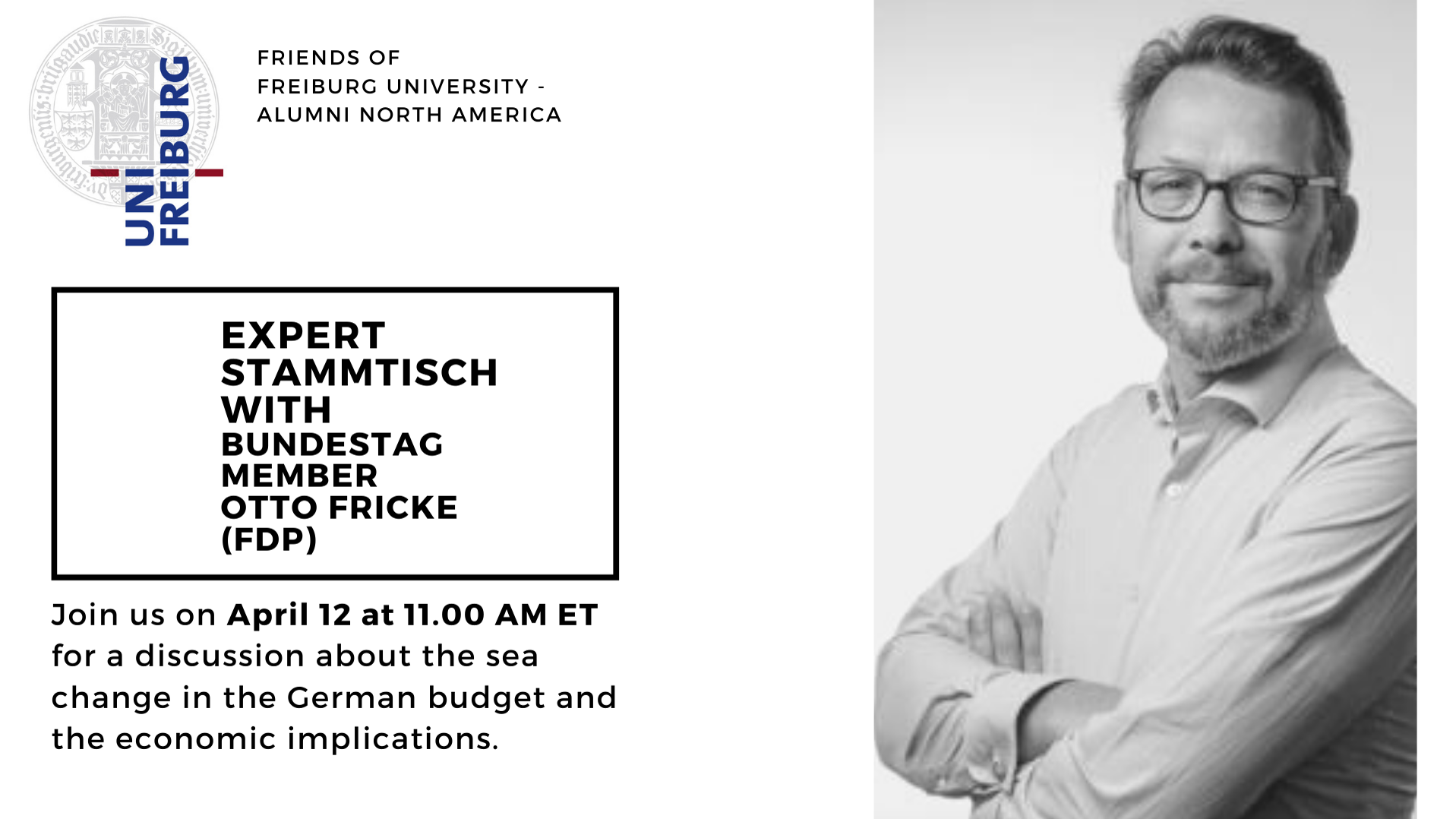 Join us for a conversation about the Zeitenwende: the announcement of a new German budget and its economic implications.

Otto Fricke is a member of the Freie Demokratische Partei (FDP) and an alumnus of the University of Freiburg in the field of law. After passing the second state examination in Düsseldorf, he worked as a lawyer in Krefeld. He has been a member of the FDP since 1989, and from 1996 to 2002 he worked as a parliamentary advisor in Bonn and Berlin. He has served in the Bundestag from 2002-2013 and since 2017, acting as chairman of the budget committee from 2005 to 2009, and as budget policy spokesman of the FDP from 2009 to 2013 and since 2017. He has been a member of the Committee on Legal Affairs since 2021.