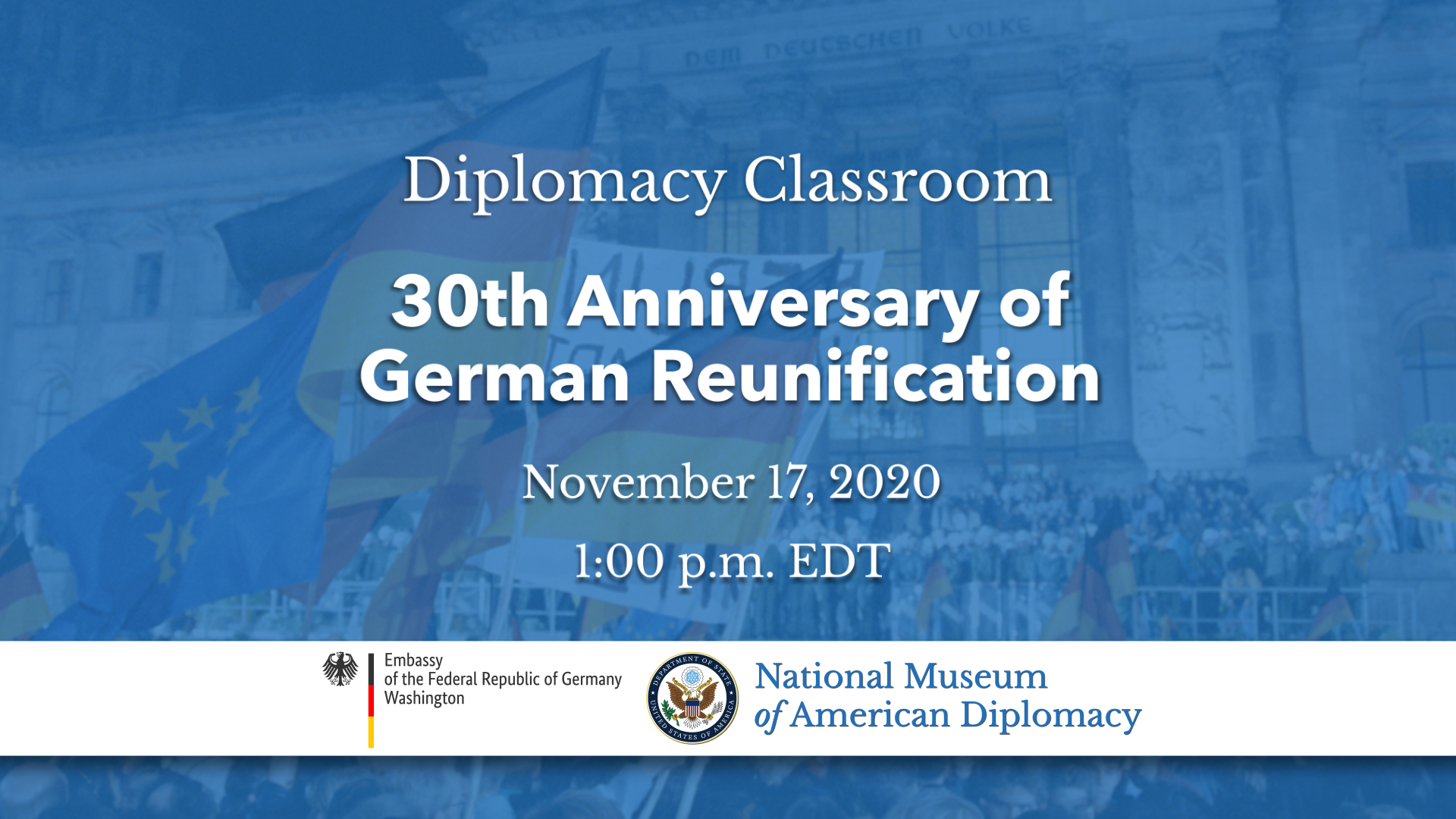 Join the National Museum of American Diplomacy with special guests Ms. Vera Beutin (Director, German Information Center, Embassy of the Federal Republic of Germany) and Dr. Alison Mann (Public Historian at NMAD) for a look back at the Treaty on the Final Settlement with Respect to Germany, which 30 years ago paved the way for the reunification of Germany.

In advance of the event, we encourage viewers to watch “The History of German Reunification,” a video produced by the German Embassy that provides an explanation of German reunification and the crucial role that American diplomacy played in making it happen. Watch [here]!

This treaty, also known as the “Two Plus Four Agreement,” was signed in Moscow in 1990. The numbers in the equation represent the stakeholders in the negotiations, the two Germanys plus the four allied powers which occupied Germany at the end of WWII – the United States, the United Kingdom, France, and the Soviet Union.

Embassy of the Federal Republic of Germany