A Fresh Voice in the World of Classical Music 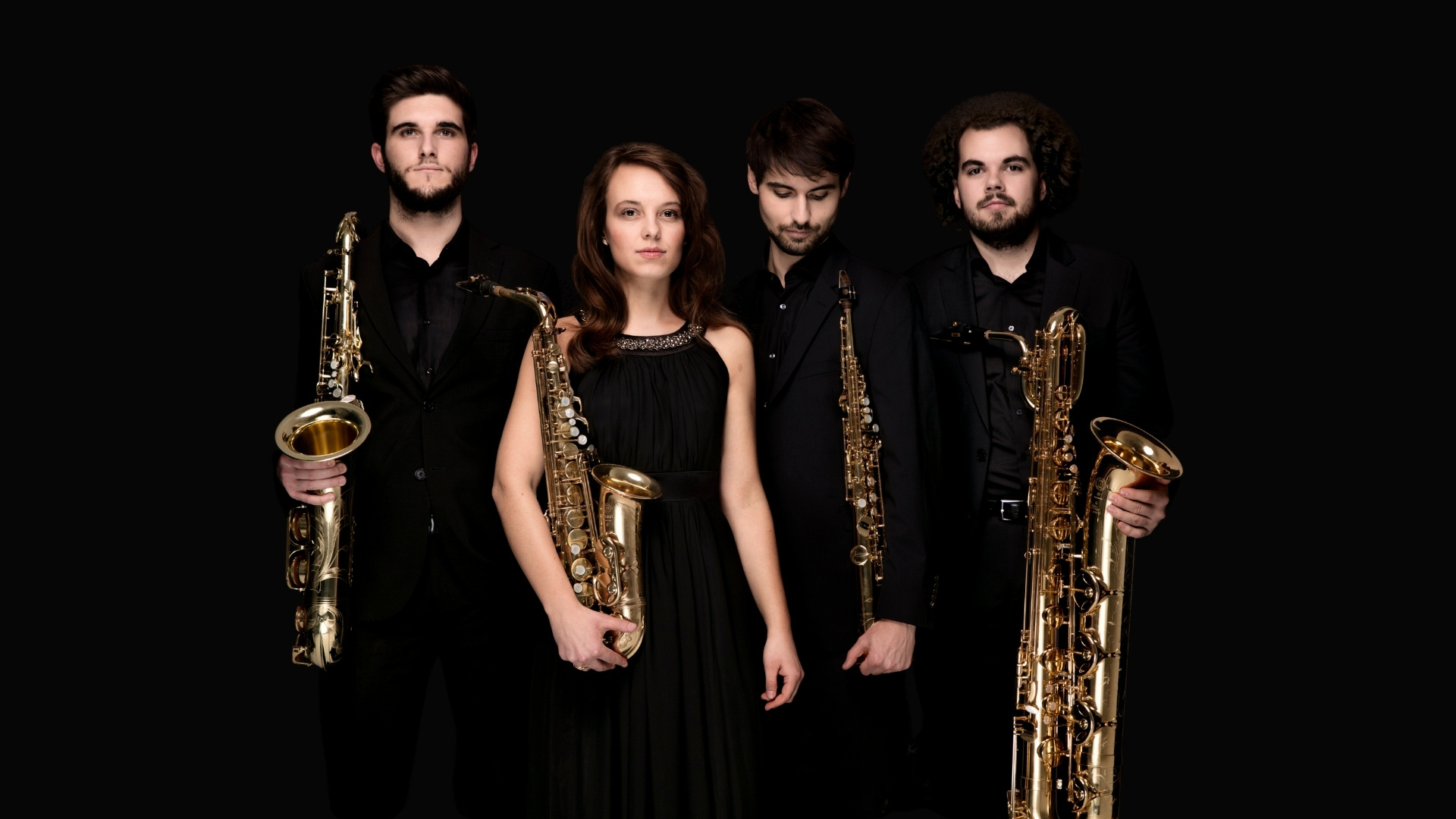 One night only! Join Goethe Pop Up Seattle and Town Hall Seattle for an evening filled with Bernstein, Gershwin, Mozart, and innovative musicians from Germany.

The Munich-based Arcis Saxophon Quartett brings a new spectrum of sound to Seattle during their U.S. tour. With world-class technique, a tightly woven ensemble, and charismatic stage presence, the quartet captivates audiences with their performances of music from baroque to modern.

A hybrid event, the concert at Town Hall Seattle will also be livestreamed. Proof of vaccination and masks are required for in-person attendance.

About the Arcis Saxophon Quartett

These four young musicians from Munich, possessed of a charismatic and authentic stage presence, set audiences aflame with their spark-throwing enthusiasm and burning passion for this rare form of chamber music.

2013 saw the release of their first CD, “Arcis Saxophon Quartett spielt Enjott Schneider”, on Ambient Audio. In 2017 their CD “Rasch” was released on Genuin.

The ensemble’s activities in 2013 were marked by important international accomplishments: 1st prizes in Munich (in addition to the Audience Prize), Gioia del Colle (Italy), Moscow (Russia), 3rd prize in Chieri (Italy) followed by 2nd prize in Berlin in 2014, 1st prize in Magnitogorsk (Russia) in 2015 and 1st prize in Berlin in 2016.
Furthermore, the ensemble was honored with the Bayerische Kunstförderpreis 2016 and awarded with the Scholarship of the Theodor-Rogler-Foundation, a Scholarship of Music by the City of Munich and a Scholarship of the Erika and Georg Dietrich Foundation.

The ensemble was founded in 2009 at the University of Music and Performing Arts Munich, and studied chamber music under the Artemis Quartet with additional instruction from Koryun Asatryan and Prof. Berger in Munich. The quartet has been a member of the European Chamber Music Academy since 2014.