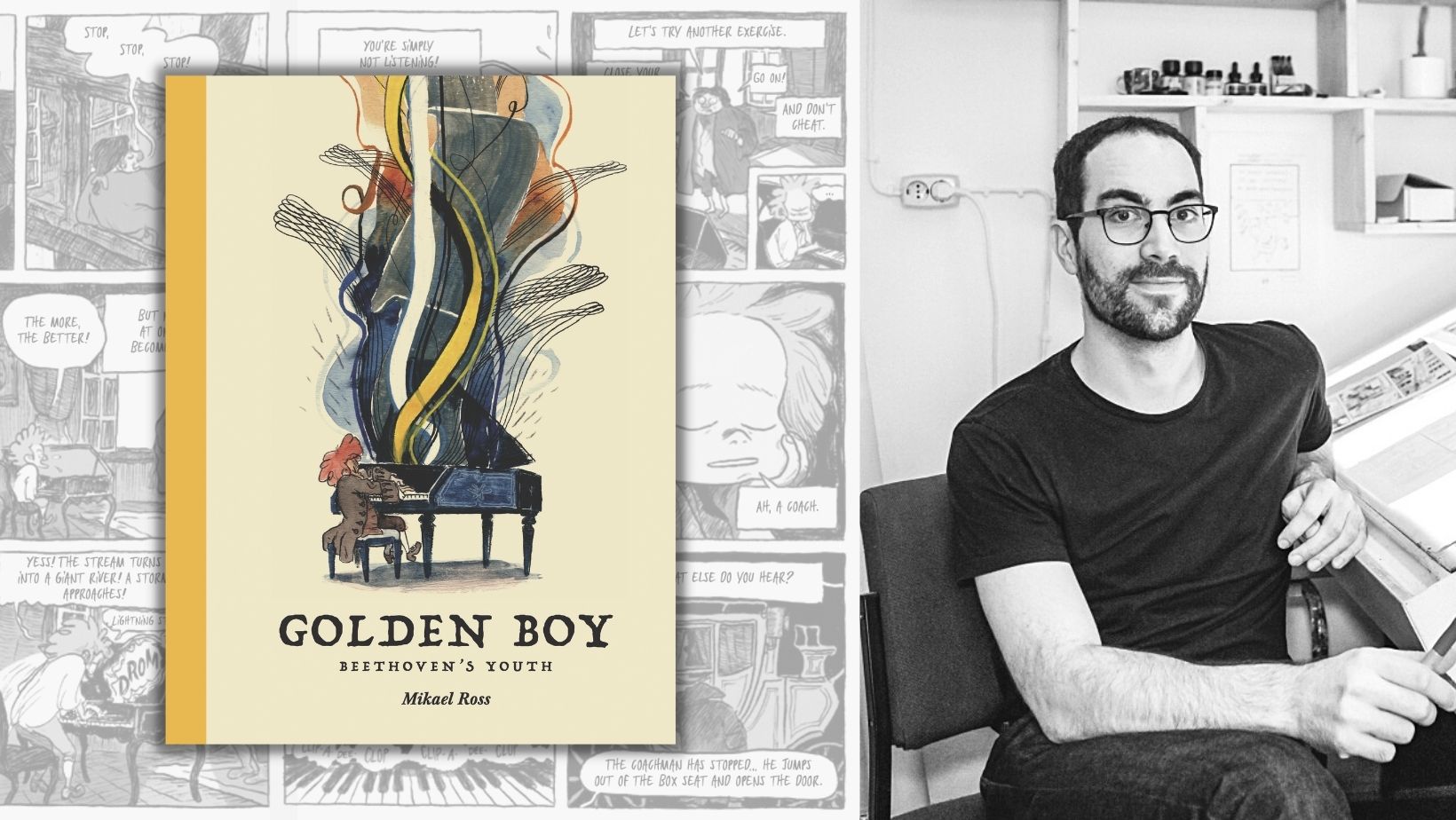 Join us in celebrating new graphic novels from Germany and Beethoven’s legacy during our book discussion with artist Mikael Ross.Who was Beethoven before he became “Beethoven,” one of the most famous composers of all time? Mikael Ross’ award-winning graphic novel Goldjunge: Beethovens Jugendjahre beautifully depicts the story and music of Ludwig van Beethoven’s youth, from 1778 to his first major performance in 1795.Originally inspired by a small comic the Beethoven Society commissioned from Ross, Goldjunge’s impact will grow further in May, when Fantagraphics will publish the English translation of the book.In anticipation of the new edition, Golden Boy: Beethoven’s Youth, Mikael Ross will discuss the book and his process with Martin Nedbal, Associate Professor of Musicology at the University of Kansas.

Born in Munich in 1984, Mikael Ross initially trained as a theater cutter at the Bavarian State Opera. A move to Berlin and studies at the Berlin-Weißensee Art Academy influenced his first longer story, Herrengedeck, which he self-published in 2008. Together with the Belgian scriptwriter and illustrator Nicolas Wouters, he wrote and drew the graphic novel Les pieds dans le béton (2013). His graphical novel The Thud (2018) received the Max & Moritz Prize for "Best German-language Comic" in 2020. Goldjunge, published in 2020, also received the Max & Moritz Prize; Fantagraphics will release the English translation in May 2022.

Martin Nedbal is Associate Professor of Musicology and a faculty affiliate of the Center for Russian, East European, and Eurasian Studies at the University of Kansas. His research focuses on German and Czech music, especially opera, in the eighteenth and nineteenth centuries. His book, "Morality and Viennese Opera in the Age of Mozart and Beethoven," was published in 2017 by Routledge. He is also the author of "The Published Theoretical Works of Leoš Janáček" (Editio Janáček, 2020).