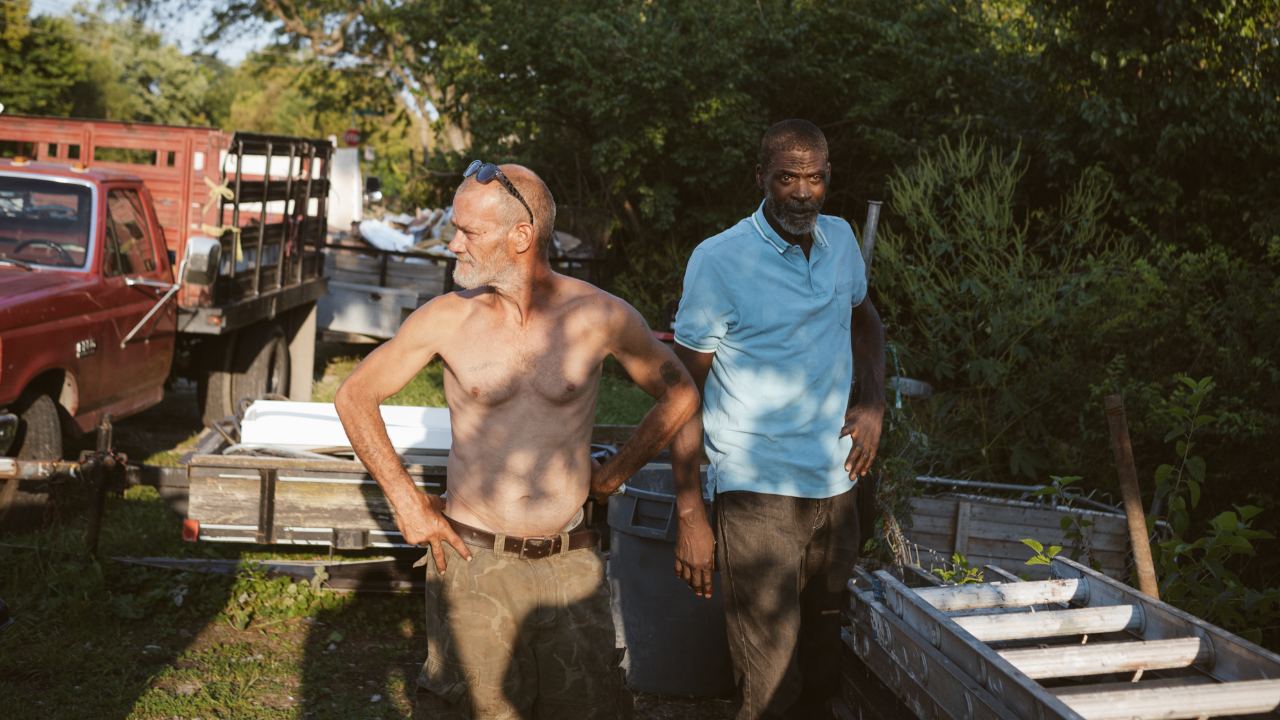 In Blue Donkey & Red Elephant, Munich photographer and visual artist Jens Schwarz explores the dichotomous political identities within the American society. His multimedia project is an investigation of differing and maybe diverging ways of life, social settings, perceptions and behaviors within the political spectrum. The work comprises photography, video, and audio, thus assembling, contrasting and balancing diverse voices and notions in a complex narrative. Using the foreground of the electoral circus, Schwarz’s intention is to look at the sociological backgrounds and establish a deeper and more subtle visual narrative in a comprehensive form.

The project is structured in consecutive episodes with coherent stories and looks at both sides without bias. The exhibition consists of 62 framed Type-C Prints and 10 iPads with video sequences. This insightful project is the result of Jens Schwarz's travels through Ohio, Kentucky, North Carolina, and Tennessee during the U.S. primary election campaigns of 2019 and 2020. Against the backdrop of the election excitement, Schwarz offers a one-of-a-kind look into America’s heartland and the states that will possibly determine the country’s next president.

This journey was part of Schwarz's own biography as he traveled to Cincinnati, Ohio, the U.S. sister city to Munich, Germany, in fall 2019. As part of the Year of German-American Friendship, and made possible by Amerikahaus München, Schwarz presented his photographic work, Displaced – Migration into Germany, which covered Germany's welcoming culture during the so-called "refugee summer" of 2015 at the Contemporary Arts Center Cincinnati, thus creating the framework for his research, encounters, conversations, and interviews.

Jens Schwarz, born in 1968 in Berlin, studied art history in Paris and photography in Munich. As a visual artist and photographer he works in the field of documentary on personal artistic projects and international editorial assignments. In his work, he focuses on sociopolitical issues that often deal with questions of both the individual and social identity. His projects received several grants and his work has been nominated among others for the Henri-Nannen-Prize and showcased at Les Rencontres de la Photographie in Arles.