“Back to Berlin” Discussion with the Director 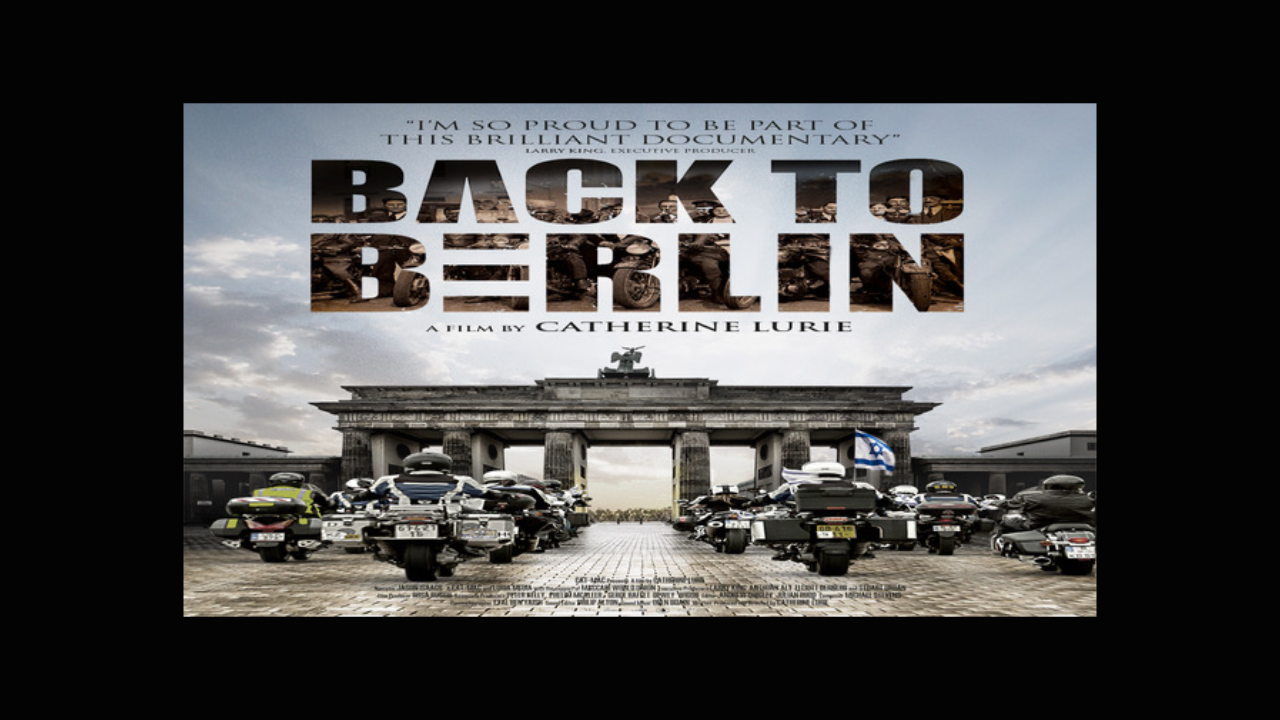 “Back to Berlin” Discussion with the Director

Friends of Freiburg University, the Leo Baeck Institute, and the German Consulate General New York are pleased to announce a virtual panel discussion of the film “Back to Berlin.” We will be joined by the film’s director, Catherine Lurie, and historian Dr. Moshe Zimmermann, for a discussion examining the intersection of sports, antisemitism, and racism in German-Jewish history.

The “Back to Berlin” cameras follow eleven modern-day Jewish bikers on an epic journey from Tel-Aviv to Berlin, crossing nine European countries in 24 days. Their mission: To deliver the Maccabi torch to Hitler’s infamous 1936 Olympiastadion for the Opening Ceremony of the 2015 European Maccabiah Games. These riders follow in the tracks of the early 1930s’ bikers who set out from Tel Aviv to all corners of Europe to seek out athletes to compete in the first Maccabiah Games.

Each country holds a chilling resonance for the bikers – each a Holocaust survivor or descendant of a survivor. The juxtaposition of the present and past is the underlying thread, mixing archival footage with the 2015 journey. This is the story of people overcoming the worst as they attempt to reaffirm belief in a common humanity.
View the trailer here: https://www.youtube.com/watch?v=-e-6LP0Bt_M&t=9s

Thursday, December 9 at 12.00 PM ET | 18.00 CET
Click Here to RSVP for the Webinar
Participants are encouraged to watch the film in advance of the panel discussion. Viewing information will be provided to registrants.

Catherine Lurie is a film producer and journalist based in London. She conceived the idea of Back to Berlin after working as a correspondent covering the 2013 Maccabiah Games in Israel, where she found, produced and directed five human interest stories. She is on the Board of Trustees for Maccabi World Union. Her company, Luria Media, focuses on subjects relating to humanitarian causes.

“This has been a project of passion. When I heard that Germany would host the 2015 Maccabi Games at this infamous site –  I decided to capture this ironic moment, when Germany now welcomed Jews. We would deliver the torch and fly the Israeli flag defiantly against injustice and intolerance through a Europe where Jews once thrived.”

Dr. Moshe Zimmermann, born 1943 in Jerusalem, is Professor emeritus for German History. From 1986-2012 he was Director of the Richard-Koebner-Center for German History at the Hebrew University, Jerusalem. Dr. Zimmermann has been a visiting professor in Heidelberg, Mainz, Princeton (USA), Köln, Halle, München, Saarbrücken, Kassel, Göttingen and Krakow (Poland). His work has garnered numerous prizes, including the Humboldt-Forschungspreis 1993, Jacob- und Wilhelm-Grimm-Prize of the DAAD 1997;  Dr. Lukas Prize of the Uni Tübingen 2002 and the Lessing-Prize of the Lessing Akademie Wolfenbüttel 2006. He is the author of many publications in German, English and Hebrew about nationalism, antisemitism, the history of sport, film-history and German-Jewish history, as well as about the Holocaust, collective memory in Germany and Israel, and German-Israeli relations.

This event is co-hosted by the Friends of Freiburg University, the Leo Baeck Institute New York, and the German Consulate General New York.