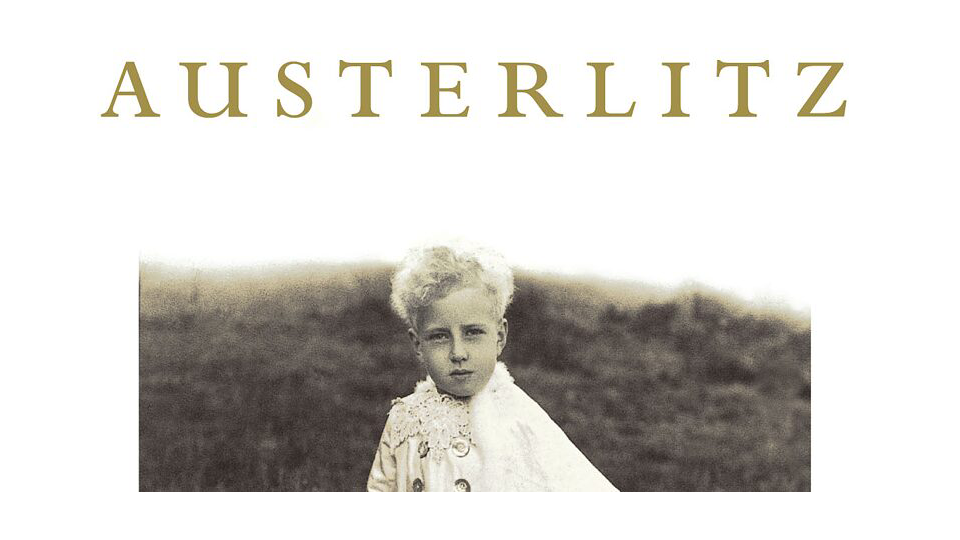 Goethe Pop Up Kansas City invites you to discuss works from contemporary German-speaking authors in their Goethe Book Club hosted by Chris Walker. Each selection can be read in its English translation or original German; the discussion will be in English.

Austerlitz is the story of a man’s search for the answer to his life’s central riddle. A small child when he comes to England on a Kindertransport in the summer of 1939, Jacques Austerlitz is told nothing of his real family by the Welsh Methodist minister and his wife who raise him. When he is a much older man, fleeting memories return to him, and obeying an instinct he only dimly understands, Austerlitz follows their trail back to the world he left behind a half century before. There, faced with the void at the heart of twentieth-century Europe, he struggles to rescue his heritage from oblivion.

W.G. Sebald was born in Wertach im Allgäu, Germany, in 1944. He studied German language and literature in Freiburg, Switzerland, and Manchester. He taught at the University of East Anglia in Norwich, England for thirty years becoming a professor of European literature in 1987. From 1989 to 1994 he was the first director of the British Centre for Literary Translation. His books The Rings of Saturn, The Emigrants, Vertigo, and Austerlitz have won a number of international awards, including the National Book Critics Circle Award, the Los Angeles Times Book Award, the Berlin Literature Prize, and the LiteraTour Nord Prize. He died in December 2001 after a car accident.

“Sebald’s final novel; his masterpiece, and one of the supreme works of art of our time.” —John Banville, The Guardian

Please RSVP to receive access to the online event. Simply send an email to info-kansascity@goethe.de and we will send you the Zoom access code.

Summary and image: © From Austerlitz by W.G. Sebald published by Modern Library. Reproduced by permission of The Random House Group Ltd. ©2001