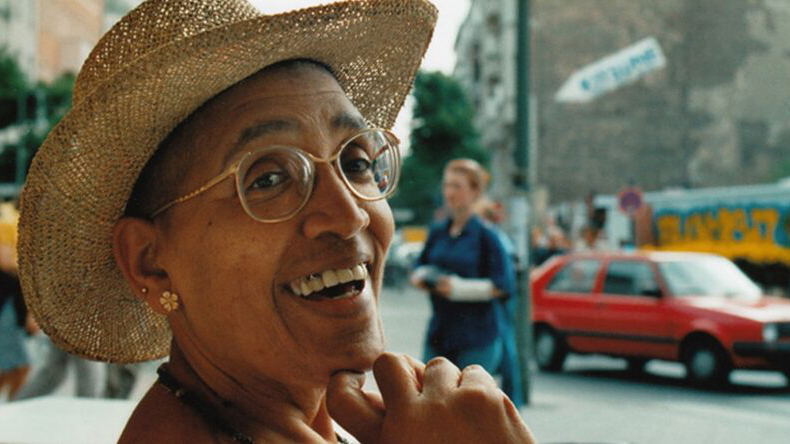 This film is part of Queer as German Folk, a project celebrating the intersectional histories of Germany’s and America’s diverse LGBTIQ+ communities. A digitally modified version of the exhibition Queer as German Folk and a full program of virtual events is presented by the Goethe-Institut in North America in collaboration with its Goethe Pop Ups and the Schwules Museum Berlin (SMU).

About the film: Documentary |Germany | 2012 | 79 min Audre Lorde - the Berlin Years 1984 to 1992 documents Audre Lorde's influence on the German political and cultural scene during a decade of profound social change, a decade that brought about the fall of the Berlin Wall and the re-unification of East and West Germany. The film chronicles an untold chapter of Lorde’s life: her empowerment of Afro-German women, as she challenged white women to acknowledge the significance of their white privilege and to deal with difference in constructive ways. Previously unreleased archive material as well as present-day interviews explore the lasting influence of Lorde’s ideas on Germany and the impact of her work and personality.