Artist Talk: There Are Black People In The Future 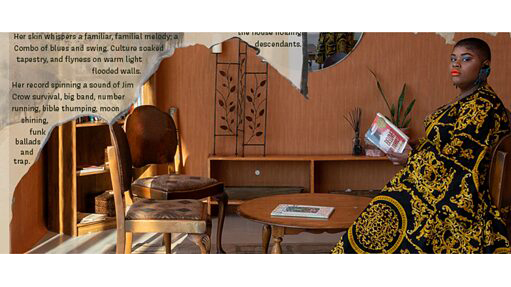 Artist Talk: There Are Black People in the Future

Join us for an artist talk about the Kansas City iteration of There Are Black People in the Future featuring Alisha B. Wormsley and the group of contributing Kansas City artists. After the unveiling of Alisha B. Wormsley’s billboard reading “There Are Black People in the Future” in the Crossroads Arts District (Broadway & Pershing), the Goethe Pop Up, together with Wormsley, invited nine local BIPOC artists to react to this billboard through visuals and text. These diverse works of art will be installed across the entire Pop Up’s window front to be experienced from the outside as of October. The exhibition front on glass will present works of art by Izsys Archer, Jessica Ayala, Arianna Bonner, Mona Cliff, José Faus, Sheri Purpose Hall, Glyneisha Johnson, Jada Patterson, and Harold Smith.

On October 18th at 2:00 pm CDT we will welcome the contributing artists together with Wormsley for a virtual artist talk as they discuss the Kansas City iteration of There Are Black People in the Future and their visions of how to imagine Black futures. The talk will be moderated by Kreshaun McKinney, Manager of Audience Engagement at The Nelson-Atkins Museum of Art.

There Are Black People in the Future is an afro-futurist body of work by interdisciplinary artist Alisha B. Wormsley which includes video, prints, collages, sculptures, and billboards. In 2018, Wormsley placed these words on a billboard in East Liberty, a neighborhood in Pittsburgh’s east end that has suffered gentrification. When the billboard was removed by the city, community members protested. For Wormsley, its removal transformed this sentence into a movement, one in which the public was encouraged to use her words for the betterment of the world around them.

This artist talk takes place on October 18th at 2:00 pm CDT over Zoom. Registration is required.