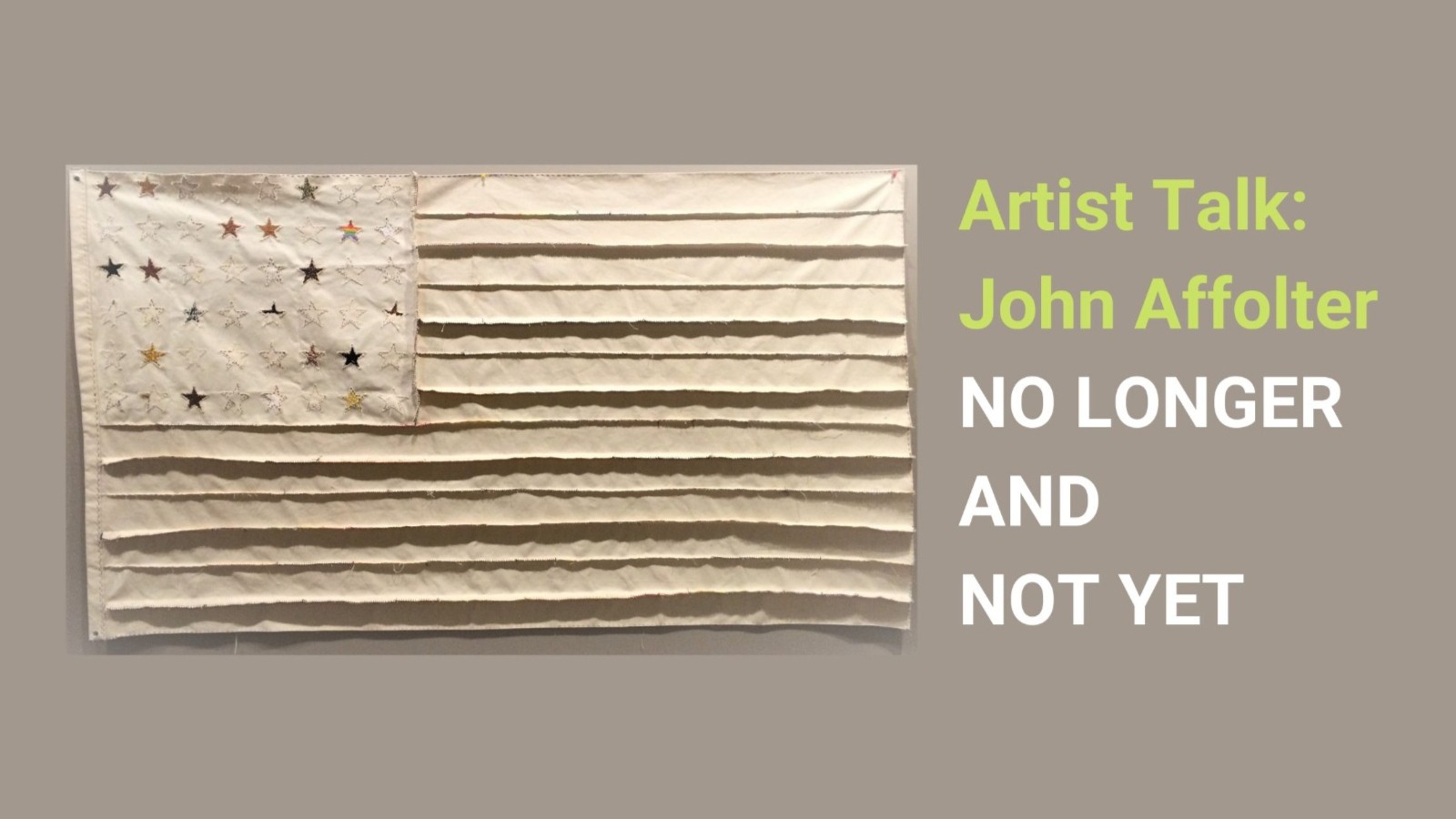 Artist Talk: John Affolter - No Longer and Not Yet

Join us for an artist talk with John Affolter, the Curator’s Choice artist of our exhibition No Longer and Not Yet, currently on display at the gallery Das Schaufenster in Seattle’s Ballard neighborhood.

Affolter will be joined in conversation by curator Hasaan Kirkland, who will also talk about the ideas behind the exhibition and the curating process. Introductory remarks will be provided by exhibit creator Ken Winnick as well as Anna Mlasowsky, who founded the experimental window space Das Schaufenster this summer in response to the pandemic's ongoing impact on the arts community.

This event will take place over Zoom. Register via Eventbrite (https://bit.ly/NLANYtalk) to receive access info.

John Affolter received his BFA from Cornish College of the Arts in 1982 and worked as a gallery assistant at Foster/White Gallery. In 1980 he moved to London to work as a gallery assistant at the Arcade Gallery. He left London for NYC, completing his MFA at City University of New York in 1984 and working in his NYC studio until 1987, where he was successful with solo and group shows as part of the East Village art scene. Affolter returned to Seattle in 1988 and wrote grants to teach art until 2000, and eventually earned his Master in Teaching. After retiring from teaching he reopened his studio in 2017.

“The No Longer and Not Yet Curator’s Choice artist John Affolter and his work Maga Ghost Flag deliver a compelling visual critique of the national media coverage regarding public announcements presented by the highest U.S. administrative leadership and its intentional absence of 'accuracy.' Mirroring the noted absence of accuracy, Affolter’s Maga Ghost Flag is intentionally absent of its known red, white, and blue colors. Now, a powerfully reimagined American flag with hand stitched canvas stripes and multi-colored stars metaphorically represents the many different ethnic citizens and fragile democracy that hold America together.“ (Hasaan Kirkland) No Longer and Not Yet is a combined physical and digital exhibition highlighting a variety of art works that represent true and lived experiences from 2020 and reflect creatively upon the artists‘ thoughts, hopes, and frustrations in response to a tumultuous year.

The exhibit is on display through December 12 at Das Schaufenster and viewable from the sidewalk. The exhibition was created in collaboration with Ken Winnick of Visual Cognetics and curated by Hasaan Kirkland. The project was supported in part by a grant from 4Culture.