"All the Frequent Troubles of Our Days": Book Talk with Rebecca Donner 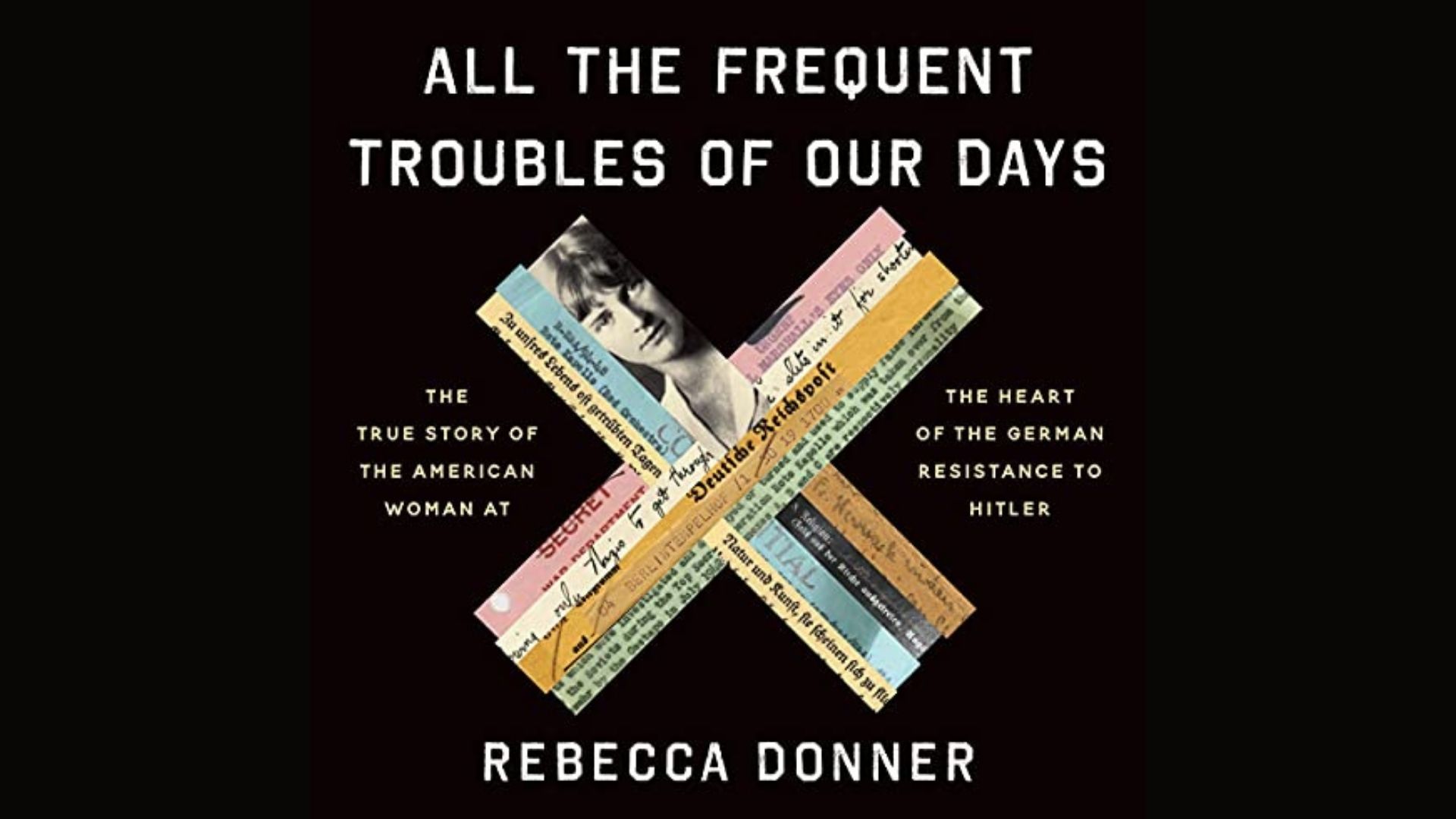 "All the Frequent Troubles of Our Days": Book Talk with Rebecca Donner

Journalist and writer Rebecca Donner makes a virtual visit Seattle for a conversation with Martin Schwartz, Goethe Pop Up Seattle’s Program Curator, about her most recent book.

An instant bestseller and the New York Times Book Review Editor’s Choice, All the Frequent Troubles of Our Days: The True Story of the American Woman at the Heart of the German Resistance to Hitler chronicles the extraordinary life and brutal death of the American leader of one of the largest underground resistance groups in Germany during WWII. The woman at the center of this story: Donner’s own great-great aunt, Mildred Harnack, a graduate student in Germany during the rise of the Nazi regime.

All the Frequent Troubles of Our Days: The True Story of the American Woman at the Heart of the German Resistance to Hitler (published May 2021)

Born and raised in Milwaukee, Mildred Harnack was twenty-six when she enrolled in a PhD program in Germany and witnessed the meteoric rise of the Nazi party. In 1932, she began holding secret meetings in her apartment—a small band of political activists that by 1940 had grown into the largest underground resistance group in Berlin. She recruited working-class Germans into the resistance, helped Jews escape, plotted acts of sabotage, and collaborated in writing leaflets that denounced Hitler and called for revolution. Her coconspirators circulated through Berlin under the cover of night, slipping the leaflets into mailboxes, public restrooms, phone booths. When the first shots of the Second World War were fired, she became a spy, couriering top-secret intelligence to the Allies. On the eve of her escape to Sweden, she was ambushed by the Gestapo. At a Nazi military court, a panel of five judges sentenced her to six years at a prison camp, but Hitler overruled the decision and ordered her execution. On February 16, 1943, she was strapped to a guillotine and beheaded.

Harnack’s great-great-niece Rebecca Donner draws on her extensive archival research in Germany, Russia, England, and the U.S. as well as newly uncovered documents in her family archive to produce this astonishing work of narrative nonfiction. Fusing elements of biography, real-life political thriller, and scholarly detective story, Donner brilliantly interweaves letters, diary entries, notes smuggled out of a Berlin prison, survivors’ testimony, and a trove of declassified intelligence documents into a powerful, epic story, reconstructing the moral courage of an enigmatic woman nearly erased by history.

“Highly evocative, deeply moving, a stunning literary achievement. Rebecca Donner forges a new kind of biography—almost novelistic in style and tone, this scholarly work resurrects the courageous life Mildred Harnack, an unsung American hero who led part of the German resistance to the Nazi regime. A relentless sleuth in the archives, Donner has written a page-turner story of espionage, love, and betrayal.”—Kai Bird.

“Extraordinarily intimate… Wilder and more expansive than a standard-issue biography… a real-life thriller with a cruel ending—not to mention an account of Hitler’s ascent from attention-seeking buffoon to genocidal Führer.”—Jennifer Szalai, New York Times.

Rebecca Donner's essays, reportage and reviews have appeared in numerous publications, including the New York Times, Bookforum, Guernica, and The Believer. All the Frequent Troubles of Our Days is her third book; she is also the author of a novel, Sunset Terrace, and Burnout, a graphic novel about ecoterrorism. She was a 2018-2019 fellow at the Leon Levy Center for Biography, and has been awarded residencies at Yaddo, Ucross Foundation, Virginia Center for the Creative Arts, and Vermont Studio Center. Born in Vancouver, Donner is a graduate of the University of California at Berkeley and Columbia University, and has taught writing at Wesleyan University, Columbia University, and Barnard College.

This event is presented in partnership with Elliott Bay Book Company, UW Department of German Studies, and the UW Center for West European Studies.