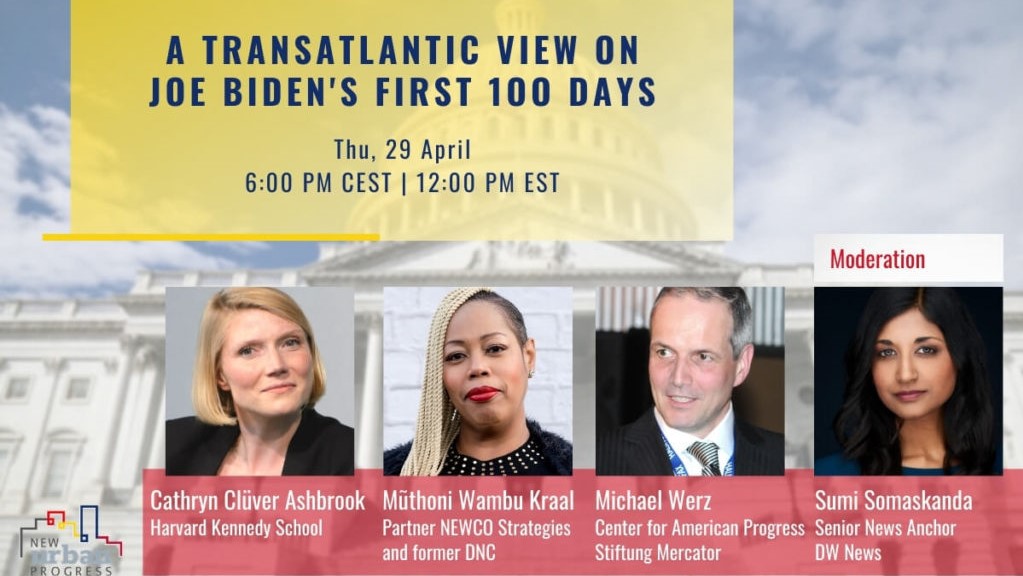 As we approach Biden’s 100th day in office, his predecessor’s legacy of polarization and illiberalism is still ingrained in American society. Moving towards a more multilateral future will require democracies on both sides of the Atlantic to prevail. Although democratic institutions in the United States were in a precarious position the past years, the country’s progressive motors, social movements and cities, now have an ally in the White House. Biden’s commitment to restoring democracy in the world will first begin at home. Together with the grassroots mobilizations that put him into office and cities who were actively fighting for democracy during Trump era, the Biden-Harris administration is working on a "New America,“ one that has political institutions that reflect the country’s economic and social diversity, as well as that is willing to implement bold systemic reform.