A discussion with Eric Schwartz and Christiane Kraus moderated by Jacqueline Bhabha.

A Fresh Start for Migration 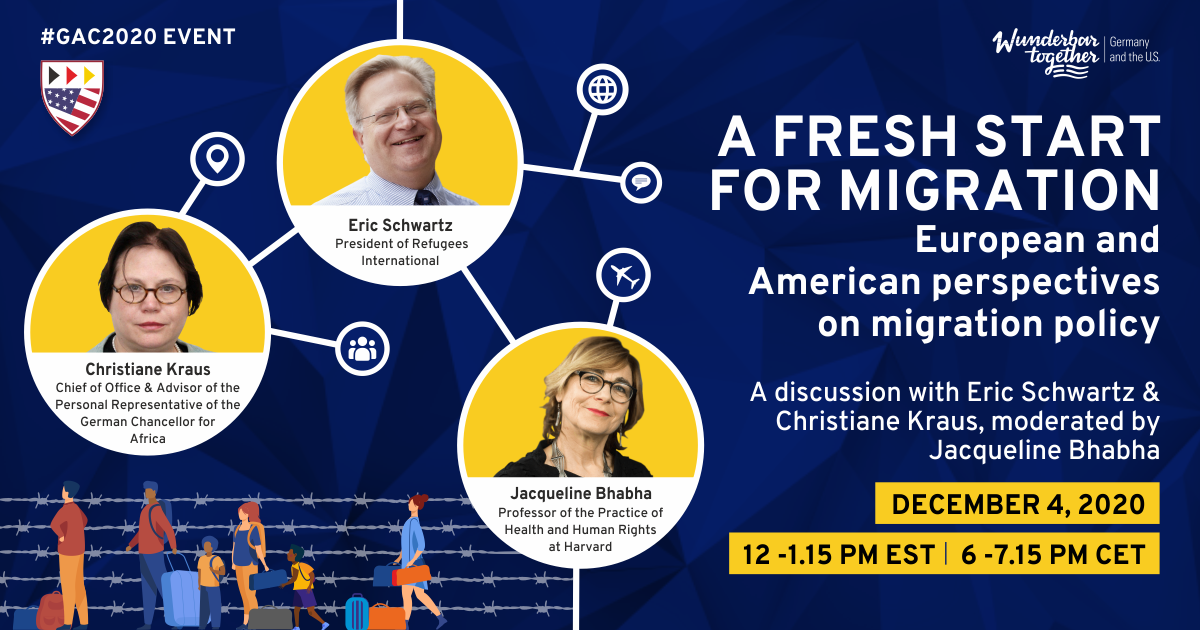 A Fresh Start for Migration: European and American Perspectives on Migration Policy

Join us in discussing what a fresh start in migration policy could look like with Eric Schwartz (Refugees International) and Christiane Kraus (German Government), moderated by Jacqueline Bhabha (Harvard University).

Migration is a central political and moral issue of our time, affecting millions of people and creating sharply polarized political environments. Over the last five years, it has played a prominent role in the political debate on both sides of the Atlantic. Due to rising demographic pressure coupled with a lack of economic opportunities, climate change and increasingly visible global inequalities, migration flows appear set to increase further in the coming years and decades. Yet migration policies have become more and more restrictive in both Europe and the U.S. The 2016 EU-Turkey deal as well as the 2019 US-Mexico Migration Agreement are examples of a common approach of reliance on third countries and walling off in reaction to increasing migratory pressures. Moreover, the Covid-19 pandemic has served as an unprecedented shock to migration flows. While President Trump used the pandemic as an opportunity to cut the ceiling on refugee admissions to 15,000 for the new fiscal year, voluntary migration has also plummeted. The OECD recorded a drop in new visas and permits of 46% in the first half of 2020, with a second quarter decline of 72%. As the pandemic continues, labor markets weaken and tele-working grows at unprecedented rates, migration flows are not expected to return to previous levels for some time. Historically low migration flows reduce short-term political pressures. The election of President-elect Biden in the U.S. and the ongoing European discussions about a new partnership with Africa as well as a new pact on migration provide a political opening for a fresh start on migration policies that take the long-term perspective as well as the changing global environment into account.