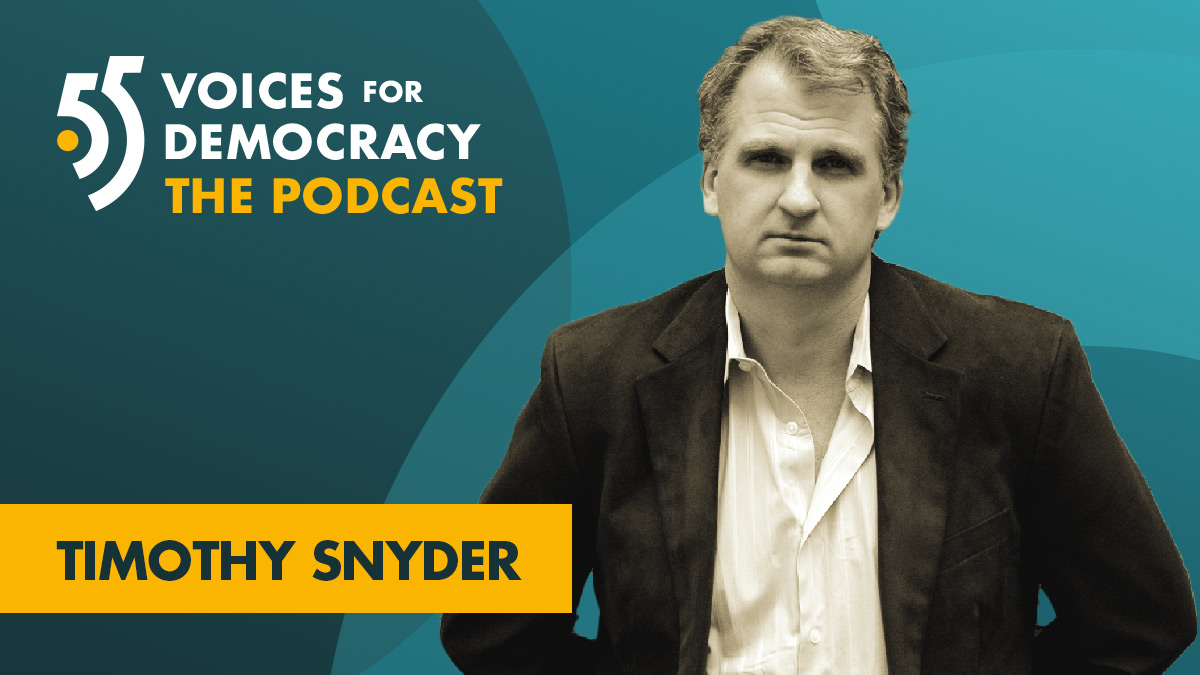 55 Voices of Democracy - Timothy Snyder on Resisting Authoritarianism "The problem is ourselves."

Timothy Snyder describes why the challenges of our democracies are not so much political figures like Trump, but ourselves as citizens. Snyder says it's about breaking down social barriers while addressing structural political problems like voter suppression and the manipulation of the electoral college. "A failed coup attempt is a rehearsal for a later coup."

Timothy Snyder teaches history at Yale University. His book, "On Tyranny," has been translated into more than 40 languages and sold nearly half a million copies in the U.S. alone. It was published in 2021 by Ten Speed Press in an edition illustrated by Nora Krug.