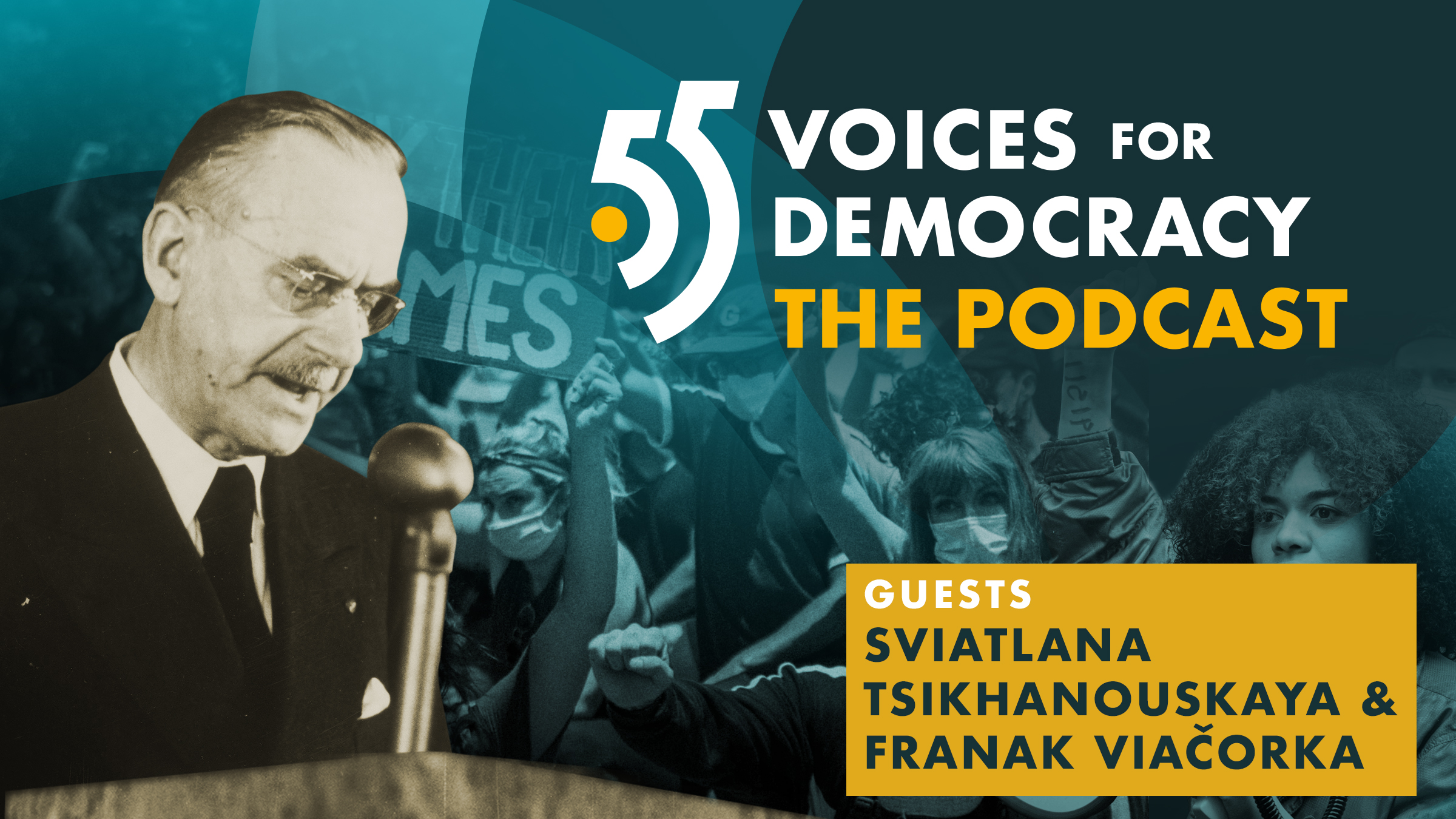 The guests in this new episode of the “55 Voices for Democracy” podcast are the Belarusian opposition politicians Sviatlana Tsikhanouskaya and Franak Viačorka. Tsikhanouskaya, who ran for president in the 2020 elections, is currently in exile in Lithuania. She is considered to be one the most important voices of the democratic opposition in Belarus. Franak Viačorka is journalist, blogger and an activist in the Belarusian struggle for democracy and personal freedom. The two talk to host Tom Zoellner and co-host & journalist Aida Baghernejad about the situation in Belarus and their experiences in the election year.

The podcast series “55 Voices for Democracy” is inspired by the 55 BBC radio addresses Thomas Mann delivered from his home in California to thousands of listeners in Europe between 1940 and 1945. In his monthly addresses, Mann spoke out strongly against fascism, becoming the most significant German defender of democracy in exile. Tom Zoellner and his co-hosts engage in vivid conversations with intellectuals, artists, and activists about the question of how to renew democracy today. Among the first guests are Rebecca Solnit, the political scientist Chantal Mouffe, novelist Daniel Kehlmann and the Belarusian opposition politicians Sviatlana Tsikhanouskaya and Franak Viačorka.

The podcast series "55 Voices for Democracy"  is an initiative by the Thomas Mann House, Los Angeles Review of Books, Goethe-Institute Boston, the Goethe Pop Up Seattle and Wunderbar Together with friendly support of Dublab.