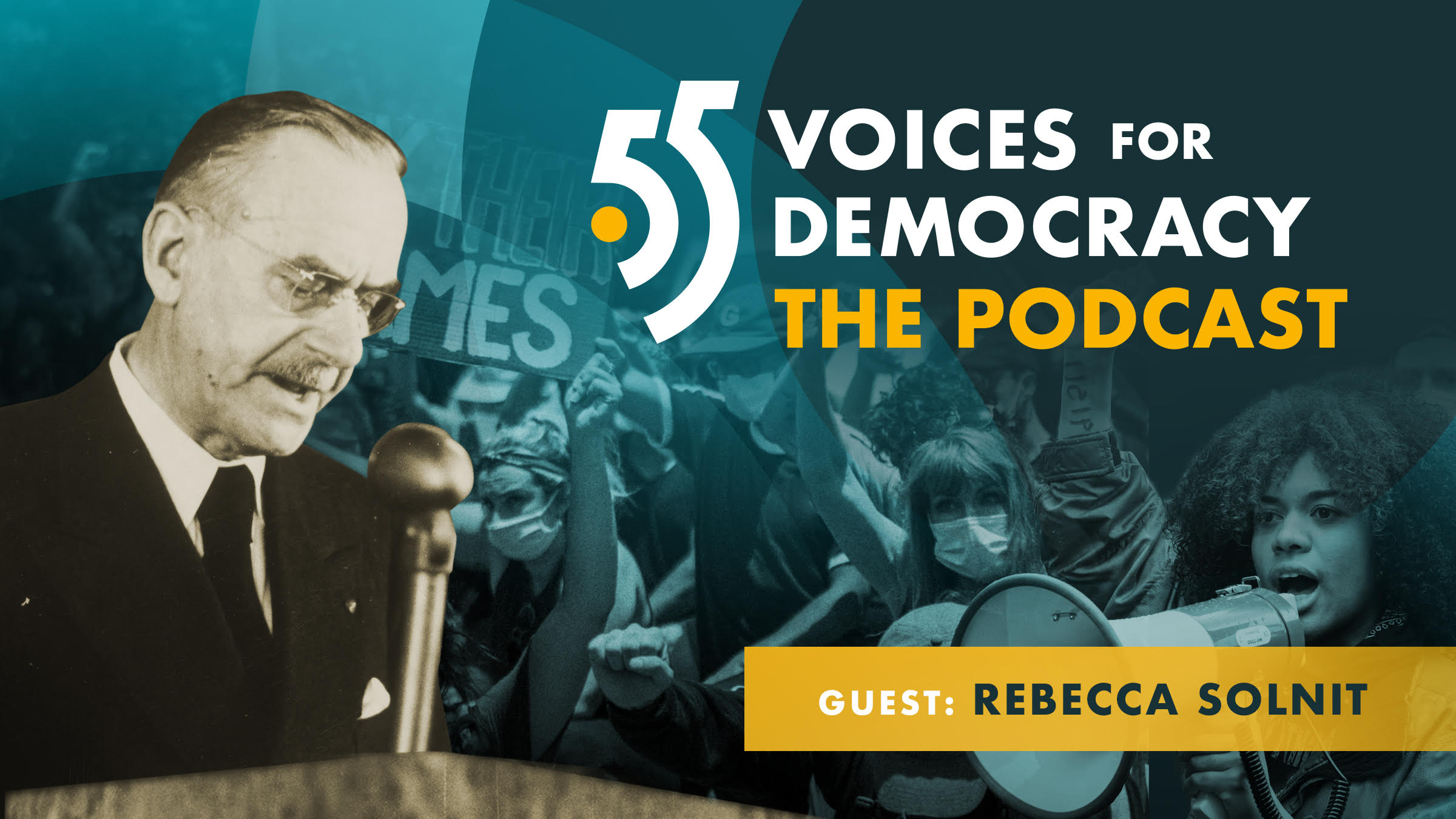 Polymath author of twenty books, writer, historian, essayist, urban geographer and activist Rebecca Solnit is our inaugural guest on 55 Voices for Democracy. The author of, among other books, Men Explain Things to Me, Savage Dreams, Infinite City, A Paradise Built in Hell, A Field Guide to Getting Lost, Hope in the Dark, Recollections of My Nonexistence, and her recent The Mother of All Questions, she is a thinker dedicated to furthering radical equality and economic justice, for whom “a commitment to the future makes the present inhabitable.” She is interviewed by Tom Zoellner and co-host Amal Khaled.