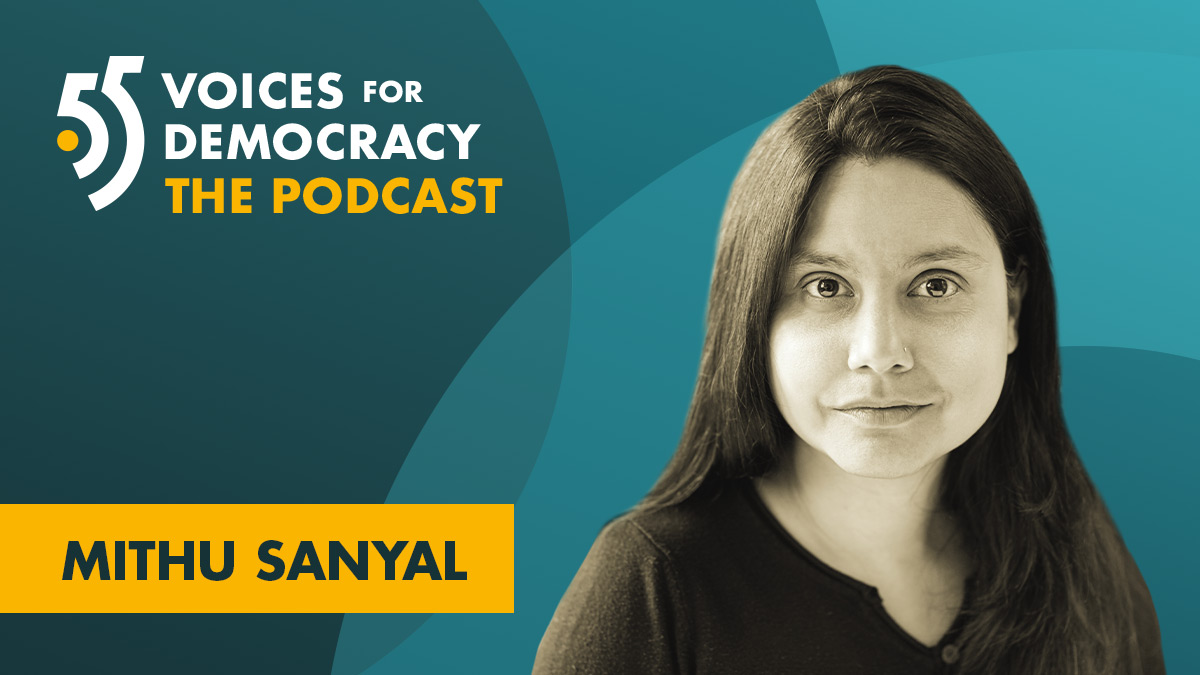 While gender fluidity has become more normalized and accepted in the U.S. and Germany in recent years, questions of transgressing categories of race are still raising many questions in contemporary discourses on identity. Most prominently in the case of Rachel Dolezal, a former college professor and activist who ‘identified’ as black despite being born to two white parents. Inspired by Dolezal’s story, Mithu Sanyal’s most recent book Identitti (Hanser Verlag, 2021) showcases the powerful role of internet culture in discourses on sexuality and queerness in a multicultural context. In today’s episode, the German cultural studies scholar, journalist and author discusses current political debates about race and identity. Sanyal is one of the most prolific voices on feminism and postcolonial theory in Germany today.

In collaboration with Los Angeles Review of Books, Goethe-Institut Boston, Goethe Pop Ups in Seattle, Houston, and Kansas City and Wunderbar Together. With the friendly support of Dublab.

Stream this and other episodes here.