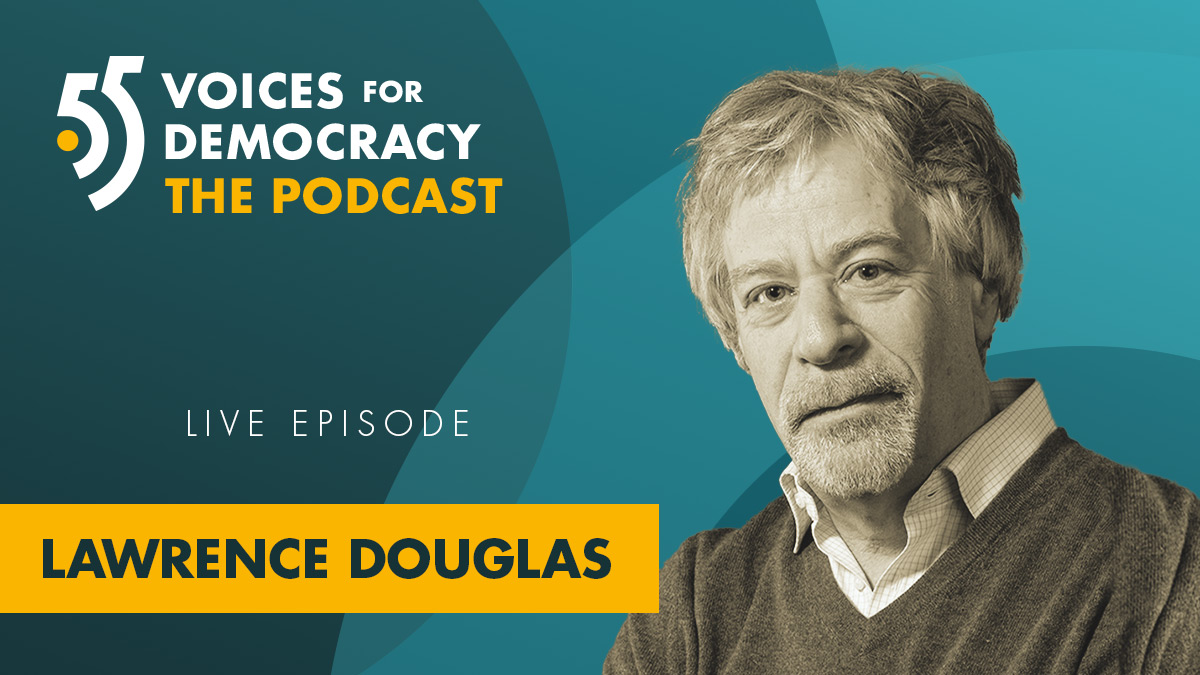 55 Voices of Democracy - Lawrence Douglas on Fixing the Electoral System

How can we restore trust in democratic elections and what are the problems electoral systems are facing today? With his book Will He Go? Trump and the Looming Electoral Meltdown in 2020, Lawrence Douglas predicted with shocking clarity how Trump planned to overturn the 2020 presidential election. He talks with Aida Baghernejad about ways to strengthen the electoral system and restore trust in transparent and reliable elections. Lawrence Douglas is professor of law, jurisprudence and social thought at Amherst College. Professor Douglas is currently Fellow at the American Academy in Berlin.