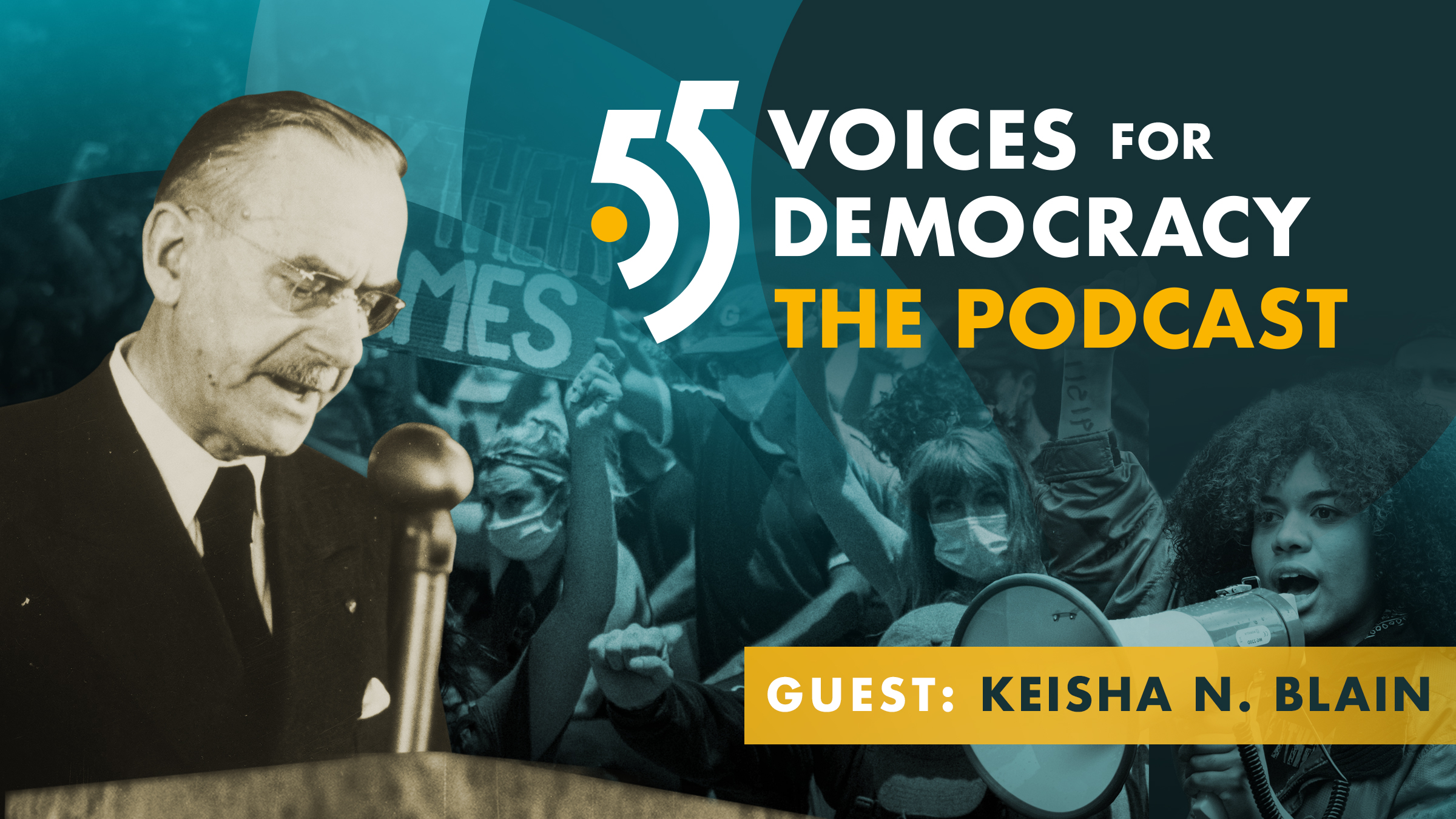 Historian Keisha N. Blain, Professor at the University of Pittsburgh and President of the African American Intellectual History Society, recently published the acclaimed book Four Hundred Souls: A Community History of African America 1619-2019 with her colleague Ibram X. Kendi. In this episode, Blain talks about how to commemorate the 400 year anniversary of the pivotal moment in 1619 when the first group of twenty African captives arrived on "The White Lion" in Jamestown, Virginia. In her conversation with hosts Tom Zoellner and Aida Baghernejad, Blain reflects on the history of Black America and issues of racism, voting rights and social justice today. Blain's articles have appeared in The Guardian, The Atlantic, and the Washington Post.