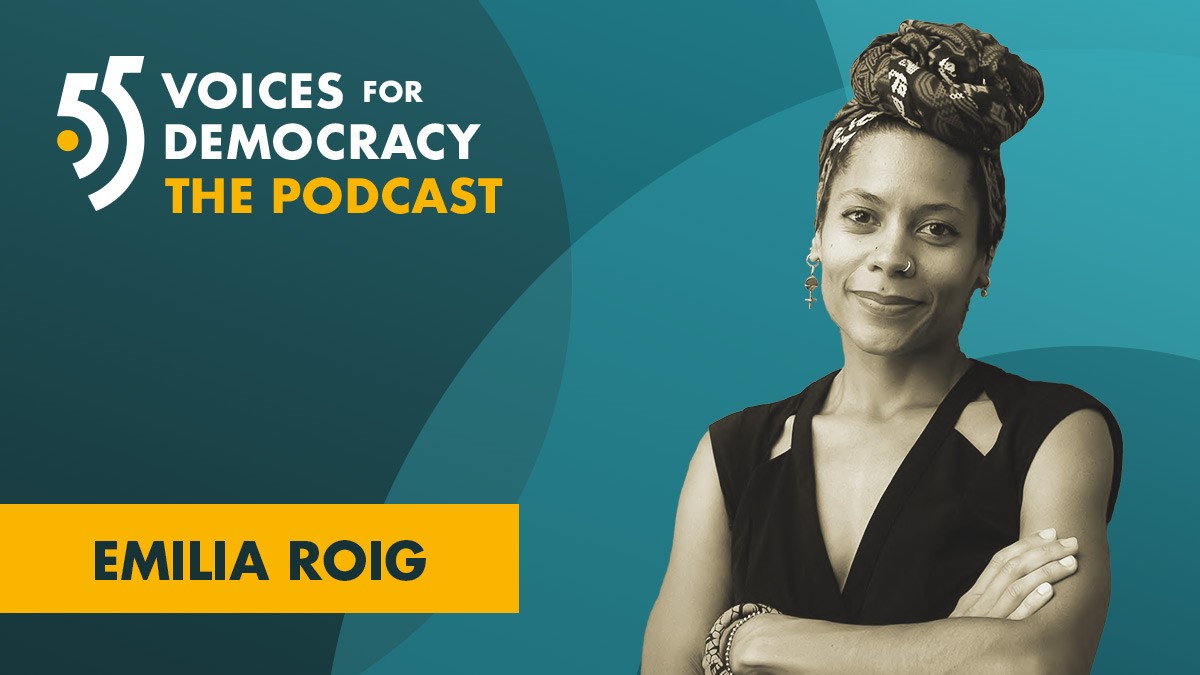 "We have to think of the entire fabric of our society and we have to be courageous!“ French political scientist Emilia Roig talks about the intersection and simultaneity of different categories of discrimination against certain minorities. Underlying societal hierarchies play an important role in maintaining these injustices. How can institutions like universities or even marriage become complicit in perpetuating them? Roig claims: "We need to be daring and not weather down our demands in order to appeal to the mainstream debate." Emilia Roig is a French political scientist and founder of the Center for Intersectional Justice, a Berlin-based organization combatting intersecting forms of inequality and discrimination in Europe. In 2021, she published the best selling book Why We Matter - The End of Oppression (Aufbau Verlag).