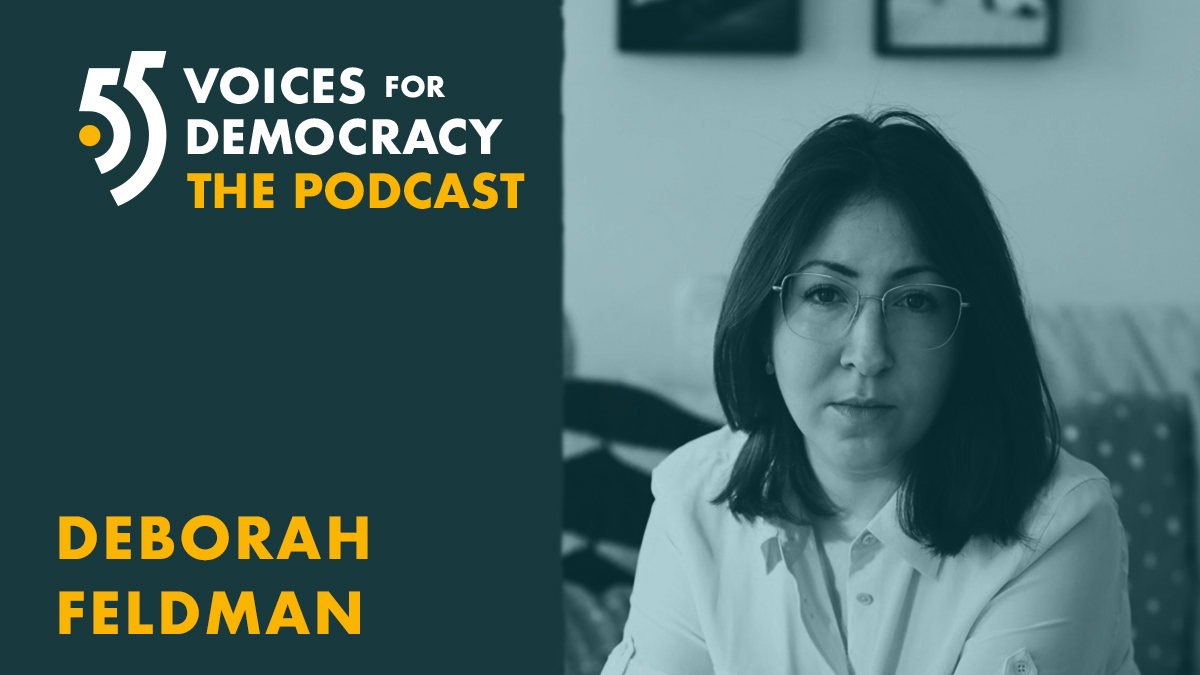 In this episode, US-German writer Deborah Feldman engages in a conversation with hosts Tom Zoellner and Aida Baghernejad about contemporary Jewish culture in Berlin, political participation by religious communities, and the meaning of trust in democracies: “We need to establish the kind of personal trust we have as individuals with each other in the public sphere.”

Feldman is the author of Unorthodox: The Scandalous Rejection of My Hasidic Roots (2012), in which she tells the story of her escape from an ultra-Orthodox community in Brooklyn, New York. The book was the basis of the 2020 Netflix miniseries Unorthodox (2020).