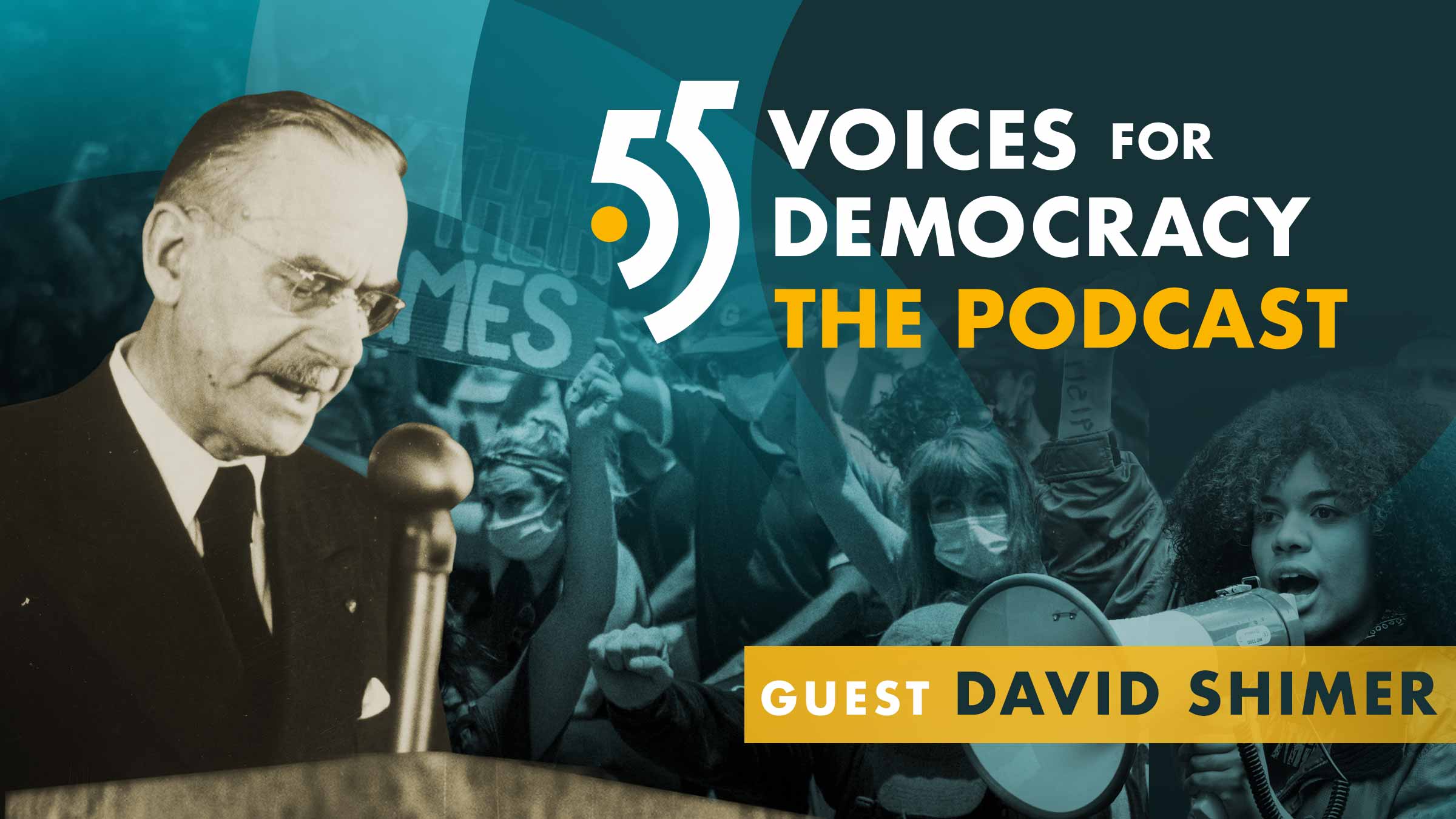 2. Episode: David Shimer on the Vulnerability of the Electoral Process

David Shimer is a Global Fellow at the Woodrow Wilson International Center for Scholars and an Associate Fellow at Yale University. His reporting and analysis have appeared in the New York Times, the New Yorker, the Washington Post and Foreign Affairs. He is pursuing a doctorate in international relations at the University of Oxford as a Marshall Scholar and received his master’s degrees in history from Yale University.

In this episode he discusses his book Rigged: America, Russia, and 100 Years of Electoral Interference with Tom Zoellner and talks about what foreign meddling means for the future of democracy in the digital age.