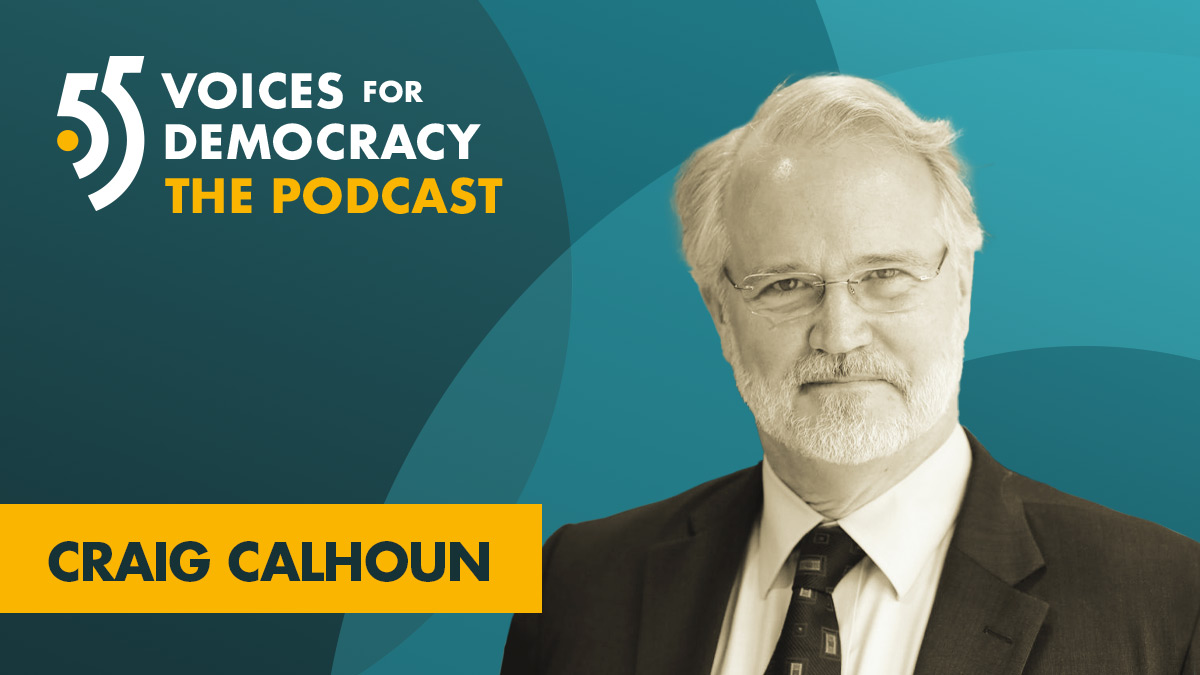 Can we reframe the concept of nationalism to use it as a helpful resource for change? Social scientist Craig Calhoun argues for a more complex understanding of nationalism: on the one hand, it can cause damage when abused by populist movements, on the other hand, nation states are the legal framework and foundation for international agreements and multilateral politics. With our hosts, Calhoun also talks about the importance of social movements: they are central to give citizens a voice, which is crucial for a functioning democracy. Craig Calhoun is Professor of Social Sciences at Arizona State University and the author of many books, most recently, Degenerations of Democracy, co-authored with Dilip Parameshwar Gaonka and Charles Taylor.