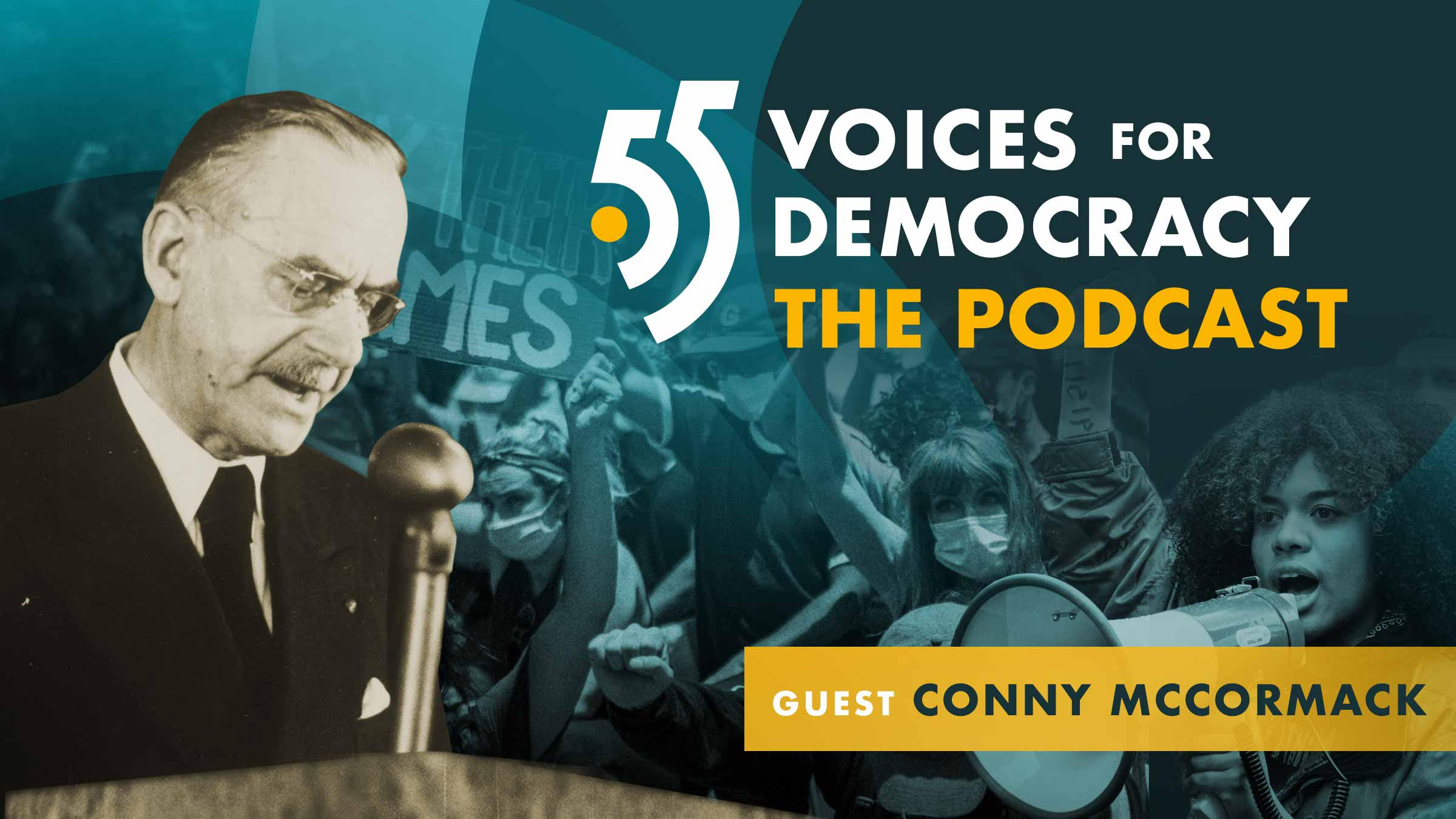 "55 Voices for Democracy"  is an initiative that waslaunched by the Thomas Mann House in October 2019. With this new podcast series, Los Angeles Review of Books, Thomas Mann House, Goethe-Institut Boston, the Goethe Pop Up Seattle and Wunderbar Together are expanding upon the successful series.

Conny McCormack served as the Registrar-Recorder and County Clerk for Los Angeles County from 1995 to 2008. She served in similar positions in San Diego and Dallas counties, and has served as an international observer of fair elections in more than a dozen countries.

She talks to LARB politics editor Tom Zoellner about the day-to-day work of making an election happen, the inevitability of human error in the process, and the well-established lack of fraud in American elections over the last century.