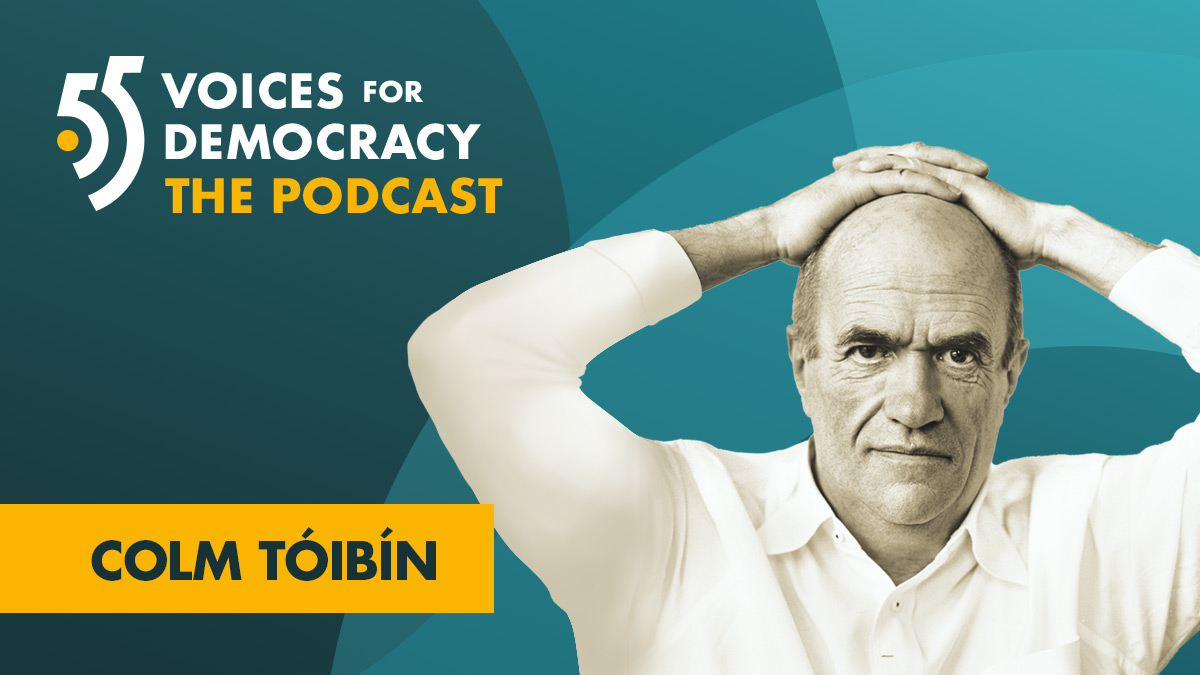 ‍
Irish novelist, journalist and scholar Colm Toíbín talks about Thomas Mann’s formation as a democrat and the historic circumstances that formed his political thinking. Toíbín’s highly anticipated upcoming novel The Magician (Simon & Schuster, 2021) tells the life of Thomas Mann, an epic family saga set across a half-century spanning World War I, the rise of Hitler, World War II, and the Cold War. With our hosts, he discusses Mann’s relationship to the United States, his admiration for Franklin D. Roosevelt and how Mann turned from a "nonpolitical man" into an important advocate of social democracy.

Stream the episode here or wherever you get your podcasts.