Christine Landfried on the Democratic Potential of Citizens' Assemblies 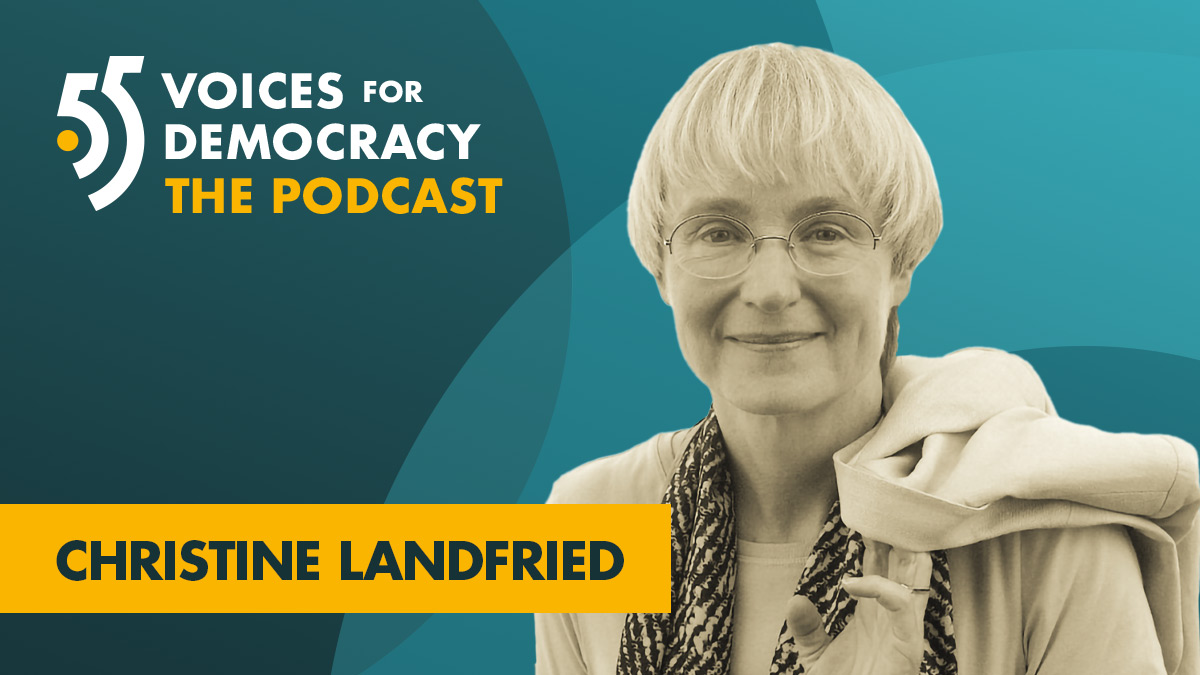 When it comes to politics, “distrust is a very healthy thing” says 2022 Thomas Mann Fellow Christine Landfried. She warns though that it should not be confused with loss of trust as the latter means people will disconnect from political discussions entirely.

In this episode, the professor of political science talks about how citizens’ assemblies, a new form of participation, are a way to strengthen democracy by not only giving people a direct say in matters but also by connecting people from diverse cultural backgrounds and social strata. Landfried has observed citizens’ assemblies and prominently reported about them in a variety of German-speaking media outlets.